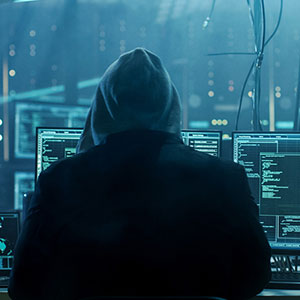 Over the last year, the jewelry industry saw a huge increase in cybercrime, according to the crime statistics for 2017 compiled by the Jewelers’ Security Alliance (JSA).

The number of Internet-related cases has proliferated so fast that the JSA broke out cybercrime in its annual report for the first time ever. The average dollar loss from this type of crime is $1.2 million, the JSA said.

“We have some really big cases with some big losses involving some really prestigious companies,” says JSA president John Kennedy. “We are seeing it in much greater numbers in the last 12 months.”

He adds: “As the industry gets more online, and far more transactions occur online, there is going to be far more cyber-enabled crime. I don’t think the industry is quite prepared for it.”

A typical case involves someone impersonating a supplier or a customer, generally through spoofed or altered emails.

“A lot of criminals do a great deal of prior research, they look on social media, they look up your store online, they find out who the employees are,” he says.

For instance, if a criminal determines who the manager of a store is, he or she may impersonate that person to a company’s vendors.

Other cases involve someone pretending to be a photographer for a photo shoot or a video shoot and seeking to borrow goods.

In addition, the growing use of credit cards with computer chips has caused stolen credit card cases to move online, Kennedy says.

There was a particularly large increase in smash-and-grabs, which rose 14.5 percent to 62 incidents. Their cousin, grab-and runs, increased 32 percent to 420 incidents.

“Usually with these statistics you see a certain consistency,” Kennedy says. “But when you get a big spike, that’s highly unusual. So we take that very seriously.”

On the plus side, off-premises losses, particularly robberies of traveling salespeople, fell to 39 incidents, which is at least a 20-year low.

Kennedy attributes this to three factors: Fewer salespeople are going on the road; those who do venture on the road are taking greater precautions; and local and federal law enforcement now pay attention to the gangs that commit these crimes.