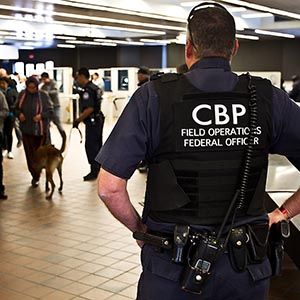 On Sept. 30, U.S. Customs and Border Protection (CBP) warned that it will prevent the importation of gold from Democratic Republic of Congo (DRC) and diamonds from Marange, Zimbabwe, that are believed to have been produced with forced labor.

The move gives CBP the ability to detain Congo gold and Marange diamonds by issuing Withhold Release Orders. Importers will then have to either reexport the detained shipments or submit information to CBP demonstrating that the goods have not been produced with forced labor.

Sasha Lezhnev, deputy director of policy for the Enough Project, notes that, out of 1,500 gold mines in the DRC, only 106 of them have been certified to not use forced labor.

A lot depends on how CBP chooses to enforce the order, since there are few direct imports of Marange diamonds or Congo gold to the United States.

Most of the mining in Marange is done by the Zimbabwe Consolidated Diamond Co., which is currently under sanctions from the U.S. Treasury’s Office of Foreign Assets Control. That means that diamonds from that area are generally considered banned from the United States.

However, Brad Brooks-Rubin, policy director of Enough Project and a veteran of both the U.S. State Department and the Gemological Institute of America, says that he’s found enforcement of that provision to be lax.

“My sense is this changes the game a bit,” he says.

He notes that it is relatively unusual for Customs to single out goods from an area, rather than a specific producer. Indeed, the three other goods singled out by Customs were all manufactured by specific companies.

But he adds it’s not clear how Customs will enforce this—including whether it will look at finished diamonds, as well as diamond companies or centers known to use and export Marange goods.

The same goes for the gold from the DRC. Lezhnev says his organization has done reports naming refiners and recyclers that allegedly use conflict gold from the DRC. It’s possible that Customs might use those reports for guidance on which shipments to seize, he says.

“After 10 years of work and research on conflict minerals and conflict gold, there is quite a lot of public reporting on gold that is smuggled from Congo and other places and which refineries are using which products,” he says. “I think that the main takeaway for me is that companies really need to urge that the refiners or recyclers that they are sourcing from undergo conflict-free audits. And if they are not, they need to get those people out of their supply chain.”

A CBP spokesperson did not respond to a request for comment by press time. But its statement notes that CBP finds out information about supply chains from media and trade reports.

“We encourage the trade community to know their supply chains, to ensure goods imported into our country are not produced with forced labor,” said Todd Owen, executive assistant commissioner of the CBP Office of Field Operations, in a statement.

Canadian nongovernment organization Impact issued a statement expressing concern that the CBP order will “stigmatize and single out DRC.”

It noted that its Just Gold project provides traceable conflict-free gold from the DRC.

“Through our experience with the Just Gold project—working with the local artisanal miners, traders, and exporters on the ground in northeastern DRC who are trying to enter the legal market—our biggest blockage is those in the international market who say they want to do good, but are too scared to take the leap and buy the gold because of the stigma around DRC,” said Joanne Lebert, executive director of Impact, in a statement. “The actions of U.S. Customs have the right intent—however, they should not have singled out DRC, as it further will discourage the small number of buyers sourcing from the few traceability initiatives in eastern DRC.”