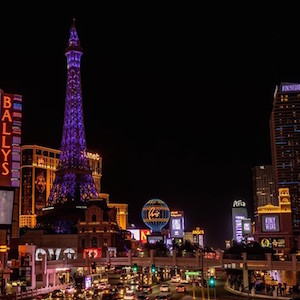 The 2020 editions of the Couture show, the Las Vegas Antique Jewelry & Watch Show, and the American Gem Trade Association’s GemFair Las Vegas—all scheduled for the first week in June—have been canceled because of the ongoing spread of COVID-19.

The next Couture show will take place June 3–7, 2021, also at the Wynn. A Frequently Asked Questions page for Couture exhibitors can be seen here.

The AGTA GemFair has not yet announced its 2021 dates.

The trio of cancellations follows the postponement of Las Vegas Jewelry Week’s two biggest events, JCK Las Vegas and Luxury, which was announced two weeks ago.

JCK Las Vegas was set to run June 2–5, while Luxury was scheduled for May 31–June 5. Both were set to take place at the Sands Expo and Convention Center and Venetian Hotel.

Other notable jewelry events that have been canceled this year include the American Gem Society’s annual Conclave and the Baselworld watch fair in Switzerland.

For more information on this year’s jewelry events, see JCK’s running list of events that have been canceled, rescheduled, or added to help businesses cope with the COVID-19 pandemic.

(Image courtesy of the Las Vegas Convention and Visitors Authority)