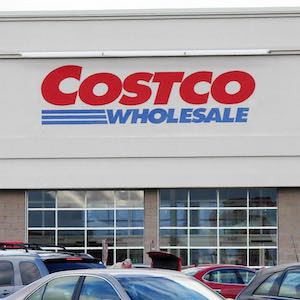 It turns out there’s more action happening at Costco these days than fear-induced panic buying because of the coronavirus.

During the the warehouse chain’s earnings call Thursday, chief financial officer Richard Galanti said the company had recently sold what he called a “huge-value large-carat diamond” for a little more than $600,000.

“If anyone’s interested, please give me a call,” he added, according to a transcript from SeekingAlpha.

He also singled out jewelry as one of the company’s best-performing departments in its second quarter.

He did not mention the diamond’s size, quality, or whether it was purchased online or in-store. Costco’s press department did not return an inquiry from JCK by publication time.

But, according to Fox Business, the diamond is a 10 ct. cushion-cut solitaire. It told the site that it sells 247,000 carats of diamonds a year.

This is not the first time that Costco has boasted of a big diamond sale. On a conference call last year, Galanti announced the discounter had sold a $400,000 diamond. And in 2012, it made headlines—though seemingly not an actual sale—when it posted a $2.3 million diamond on its site.

There’s nothing quite so pricey on its site right now, but it does list eight rings that top $100,000. The most expensive ring currently being offered features a 10.03 ct. I VS1 clarity round brilliant that sells for $419,999.99.