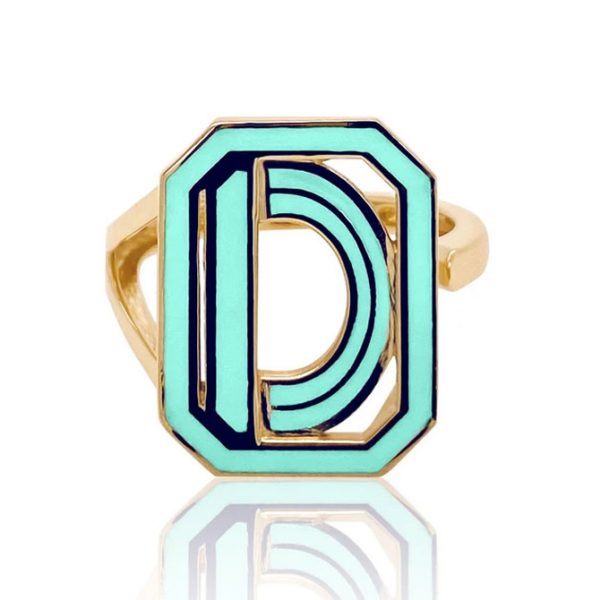 If you caught my article “Deco Boom,” in the September 2020 issue of JCK, and/or listened to episode 27 of The Jewelry District podcast (in which Victoria Gomelsky discusses her recent New York Times article on the same topic), you know that art deco–inspired jewelry is a favorite touchstone for designers today—and also perennially influential going all the way back to the 1960s.

Around that time British historian Bevis Hillier coined the phrase art deco; it was an insider term that became part of the mainstream lexicon when it appeared in a 1966 article in The Times of London about “a nostalgic return to the design trends of the twenties.”  Journalist Hilary Gelson alluded to “Les Années 25,” a highly influential Musée des Arts Décoratifs exhibition celebrating “the style now known by connoisseurs as Art Deco.”

More recently, I’d wager that it’s no coincidence that art deco style holds so many 21st-century jewelers and designers under its spell. Taking the last 20 years into account, here’s a look at some of the many external forces that might have nudged them in this direction.

The Neue Galerie, with its collection of Wiener Werkstätte items, opens to the public in New York.

Thoroughly Modern Millie arrives on Broadway and runs for 904 performances.

The movie Chicago, directed by Rob Marshall, arrives in theaters.

Boutique hotelier Jeff Klein purchases the Argyle Hotel, an art deco landmark in West Hollywood, Calif., and restores it to its original glory under a new name: the Sunset Tower Hotel, attracting a new generation of celebrities to its famous Tower Bar.

Publication of Modern Glamour by Kelly Wearstler, heralding her fresh take on art deco and Hollywood regency interiors. Later, she launches tabletop and jewelry collections that embrace her signature aesthetic.

The Duchess of Windsor jewels return to auction at Sotheby’s.

Premiere of Downton Abbey television series in the United States.

“The Jazz Age: American Style in the 1920s” opens at the Cooper Hewitt In New York and travels to the Cleveland Museum of Art.

The Maharajas & Mughal Magnificence auction at Christie’s, billed as the “sale of the century,” features a number of art deco masterpieces.

Ralph Lauren stages Roaring fall/winter runway show with a 1920s nightclub theme, in which attendees were asked to wear black and white.