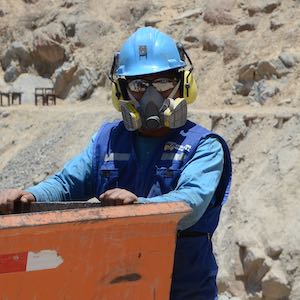 Most consumers don’t know about the issues in the gold supply chain, but a significant number said they’d pay extra for certified responsibly mined gold product, according to a new survey by MVI Marketing.

The survey tallied 1,015 U.S. respondents, aged 25–50, with a household income greater than $50,000, who have purchased $200 worth of jewelry or more in the past three years. It was cosponsored by the Alliance for Responsible Mining (ARM) and Rio Grande.

The study found that less than 20% of those consumers were aware of the term artisanal mining, and most didn’t understand where gold was mined.

It did find that younger consumers consider the origin of gold, as well as the social and environmental issues surrounding its extraction, more important than do older ones. It also found that men considered these issues more than women.

The report did detect some increased, though still low, awareness of recycled gold.

“Recycled gold is starting to catch on and it is an easy concept for the consumer to understand,” says MVI president Liz Chatelain. “It makes sense to consumers. People remember all the gold trade-ins, and it makes sense to them. It’s just a two-word concept, and consumers are gravitating toward that.”

However, in contrast to other kinds of recycling, MVI’s report said that gold recycling “does not contribute to waste reduction,” since little gold is wasted, nor does it “allow for the support of formal, livelihood-enhancing responsible mining.” (If the supply chain is not verified, recycled gold can also be vulnerable to mislabeling and money laundering, according to human rights groups.)

In general, the respondents did not know about the available options for certified responsible artisanal gold, but once they did, over half of respondents said they would be open to them, Chatelain says.

The pitch behind it is also simple, she says: “Historically, artisanal mining has been a dangerous profession. This shows a better way to keep those villagers still employed, but in a safer environment, and lets them make more money off it.”

The more respondents heard that this kind of gold could be available, “the more consumers said they might request it,” she says.

Chatelain said “there was some awareness” of logos like Fairtrade and ARM’s label Fairmined, both of which offer responsibly mined gold products, but that awareness was pretty low.

Top: A gold miner in San Luis, Peru (photo courtesy of the Alliance for Responsible Mining)