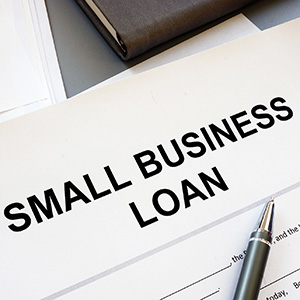 Thousands of jewelry stores have been forced to close as part of nationwide attempts to slow the spread of COVID-19, and now many of them are awaiting payouts from the government loans being offered by the Small Business Administration.

The $350 billion Paycheck Protection Program (PPP) was created by the CARES Act Congress passed on March 27 . If companies demonstrate they have used 75% of their PPP loans on payroll, the loans will turn into grants that they won’t have to pay them back.  (See more information here.)

The CARES package also said that any business that applies for an SBA Economic Injury Disaster Loan (EIDL) loan will automatically receive a forgivable $10,000 advance—whether or not they’re approved for a larger loan. (See more information here.)

Rollout of the PPP loans began April 3, when banks began accepting applications, and has been rocky.

The government initially claimed payouts could be available as soon as the same day they were applied for. But, in fact, banks have been slow to disburse loans, even after approving candidates for them. Why? Some banks are unclear about the program’s rules and have requested clarity on their conditions, which has led to slowdowns. (For instance, the PPP interest rate was originally billed as up to 4%. Then it became a flat 0.5%. Now, it’s 1%.)

Additionally, NBC News and other media outlets have reported that online bank interfaces have been overwhelmed by thousands of PPP applications—interfaces not designed to handle such huge influxes of data.

Harris Botnick, co-owner of Worthmore Jewelers in Atlanta and Decatur, Ga., says he applied for a PPP loan on Friday, but that the application process has been “extremely aggravating and time-consuming.

“We have very strong banking relationships, and our bankers are being spoon-fed information on documents that are needed,” he says. “Once they ask for certain information, much of it changes the next day. We are dealing with two separate banks for each of our stores, and this has been the same at both banks.”

In an email Tuesday night, he said he has no idea when the funds will become available. Still, the retailer is holding onto his team, saying, “they’re there for us each day, and we’re going to be there for them now.”

Applicants have also reported that they’ve been denied loans because they’re in good standing with their banks.

Bank of America in particular has garnered plenty of ire from would-be applicants since Friday. One such business owner, Sarah Leonard Jewelers in Los Angeles, tweeted on April 3, “Shame on you Bank of America. We have been banking with you for over 70 years and today you denied us PPP funding from the government because we never needed to borrow extra money from you. Fix this NOW and save my business along with hundreds of others!!!”

Dan Sink, president of Sink Jewelers in Arancum, Ohio, says he’s “revised the application at least four times speaking with my CPA and the vice president of the bank. We still had trouble figuring it out because each bank is adding their own set of guidelines. Without the luxury of time.”

Christina Gandia Gambale, co-owner of Greenwich St. Jewelers in New York City, is waiting for a banker to call her to start the application process. But she’s also wondering what happens after the eight weeks of PPP coverage and business doesn’t return to its pre-COVID-19 levels.

“Since we are still figuring out the details, I’m not sure anyone really has all the answers yet,” she muses.

Jillian Hornik, sales manager for Jae’s Jewelers in Coral Gables, Fla., at first had no luck even applying for a loan, despite multiple attempts.

“Our bank [Wells Fargo] is no longer taking applications, and said they will probably run out of money before they get to ours. No one else was picking up the phone.”

She finally opened up an account with another bank and was able to fill out a PPP application just in time. “They told me they will most likely stop taking applications tomorrow because all their funds will be allocated,” she says.

Other jewelers had no trouble filling out the forms, but still don’t know when they’ll receive the funds.

Laura Stanley, owner of Laura Stanley Personal Jeweler in Little Rock, Ark., found it “very easy” to apply for the PPP loan. “My payroll company offered to get all the documentation together, which I happily paid them $50 to do. I have received a confirmation that my application is in. I’m waiting to hear more.”

Amy Johnson, owner of Johnson Jewelers in Puyallup, Wash., is also in limbo. She applied for an EIDL loan last week, but she “[hasn’t] had any response at all other than an application number was generated.”

She also applied for a PPP loan last Saturday. “While it wasn’t very difficult, it feels like a wait-and-see situation with no specific time frame. So I’m just waiting, but hopeful.”

Gordon Robbins, owner of Robbins Delaware Diamonds in Newark, Del., also applied for both the EIDL loan and the PPP. The EIDL application process was “quick and easy,” he says, and while he was supposed to get his $10,000 grant within three days, he’s not counting on it. “Now, I hear it will probably take weeks,” he says.

He also applied for PPP with TD Bank, though the form was so “glitchy” it took more than an hour to fill out. Still, if he gets the loan, he isn’t complaining.

“This is a lifeline for me,” he says. “If this comes to pass, my people will have two months of seamless payroll. I’ll jump through whatever hoop I have to. It’s every business owner’s obligation to spend as much time as possible jumping through these hoops.”

Of Robbins’ 13 employees, three have elected to go on unemployment because of the CARES Act provision that gives laid-off workers an extra $600 a week. But like the other government-promised funds, those employees have yet to receive the extra $600; in some states, receiving the extra unemployment benefits may take weeks, reports said.

Larry Rickert, owner of Jim Kryshak Jewelers in Wausau, Wis., has submitted his PPP application after supplying “extensive documentation” to his bank. And while he hasn’t received his loan yet, he has friends in other businesses who have.

“It varies among banks. A lot of them are looking at this as a risk because banks are not set up to do fast, no-verification loans. I can see there is a varying appetite to take this on, especially if it’s an unknown client. I know my bankers, but not everyone has that.

“My sense is that everyone will eventually receive their funds, but for some folks this will be a torturously long process. There will be a lot of glory and horror.”

And even after reading extensively about the program, Rickert still has many questions.

“Let’s say you get your money April 15. The clock starts ticking then and [covers your payroll] for the next eight weeks. That means you are done June 15. Then you have to see: Did they change the rules? Did they modify the rules? And who knows what the business climate will be like then.”