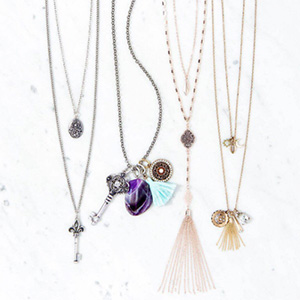 New Charming Charlie stores will open starting next year, says Charlie Chanaratsopon, the chain’s founder and namesake, who last week won an auction for the intellectual property of the currently closed chain.

“Consumers can expect smaller to mid-size stores starting in 2020,” the spokesperson added.

Chanaratsopon’s company, Houston-based CJS Group, paid $1.13 million for the retailer’s intellectual property in a Sept. 11 auction. The company had filed for bankruptcy in June and liquidated soon after. A Delaware bankruptcy court approved the purchase on Monday.

Apparently, the chain’s founder wasn’t alone in seeing some value in his old brand. The intellectual property auction drew 13 qualified bidders and went through 35 rounds of competitive bidding, according to a declaration from David Peress, executive vice president of Hilco IP Services.

Chanaratsopon founded the company in 2004. He first saw the stores as a way to fill out the Houston-area shopping malls he was building.

Specializing in accessories priced at $125 and below, the retailer targeted women ages 35–55, with jewelry its biggest category.

But it was not immune to the issues roiling retail. In 2017, it filed for Chapter 11. It emerged from bankruptcy in April 2018, after shutting more than a quarter of its fleet.

In July, a little more than a year after it emerged from its first Chapter 11, it filed for bankruptcy again. This time, management saw no choice but to close all 261 remaining stores.