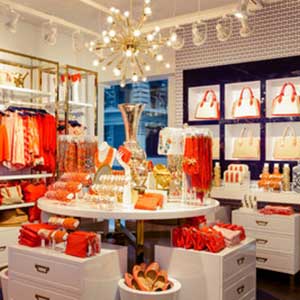 Charming Charlie—the once hugely successful accessories chain that shut its 200-plus stores in 2019—opened a new store in Atlanta on Friday. It’s part of a comeback spearheaded by the chain’s founder.

Steve Lovell, who headed the chain before its liquidation, will return as president.

Charming Charlie says it will roll out as many as 25 new brick-and-mortar locations in markets across the United States during late 2020 and early 2021. The openings were originally scheduled for March 2020 but were delayed by the COVID-19 pandemic.

The rebirth will be spearheaded by Charlie Chanaratsopon, the chain’s founder and namesake, who began the chain in 2004 as a way to fill out the malls he was building. It specialized in budget accessories, including jewelry.

Its original growth was explosive: In a little more than a decade, it was raking in $500 million in sales and had ballooned into a 400-store chain. But perhaps the growth was too swift—in 2017, it filed for Chapter 11. It emerged from bankruptcy a year later, after shutting more than a quarter of its fleet.

By 2019, it was back in bankruptcy again, this time blaming the tough retail environment and the Trump administration’s tariffs on goods from China, its major product source. Management said it had no choice but to close all 261 remaining stores.

After the liquidation, Chanaratsopon won an auction for its intellectual property. In 2019, he told JCK he had a three-prong strategy to revive the company: “Building the brand’s digital presence and digital marketplace, developing brand collaborations and brand pop-ups, and opening select retail brick-and-mortar locations with real estate partners.”

This store seems to be the first step in that rebirth. Lovell said in a statement: “It’s important for us to express that our first priority is ensuring the health and safety of our associates and customers as we reopen. It’s at the heart of every decision we make.”