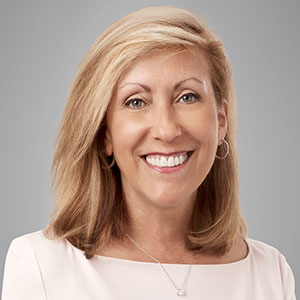 Suzanne Miglucci (pictured), who has headed lab-created moissanite distributor Charles & Colvard since December 2015, has resigned as the company’s president and chief executive officer, it announced Friday.

Taking her place will be Don O’Connell (pictured below), who most recently served as the company’s chief operating officer and senior vice president of supply chain. He first joined the company in 2016 and was promoted to his current position in 2017.

He will begin his new job on June 1. He is the company’s fourth CEO in the past six years.

Before that, he worked for seven years at Richline Group, as vice president of operations and procurement. He also served on Richline’s executive steering committee and acquisition team. Prior to that, he worked with Aurafin, one of the companies that originally formed Richline.

Board chairman Neil Goldman said in a statement, “Don has broad operational expertise, substantial industry knowledge and strong supply chain and brick-and-mortar relationships.… [W]e believe Don’s proven operational ability to deliver efficiency and cost savings while managing the product development and merchandising teams to deliver premium quality jewelry and assortments to our customers will enable us to navigate the necessary changes ahead.”

The press release gave no reason for the departure of Miglucci, who led a Charles & Colvard earnings call seven days before her departure.

A tech executive with a marketing background, Miglucci tried to reposition the company—which for years focused mostly on its wholesale segment—as an online direct-to-consumer brand aimed at millennials. It had made some strides on the retail side, including landing product in Canadian department store Hudson’s Bay.

But, like many companies, it was dealt a huge setback from the onset of COVID-19. In March, it announced it was furloughing half its staff, and it temporarily suspended all distribution and fulfillment operations from its corporate headquarters in Research Triangle Park, N.C.

Even prior to the COVID-19 pandemic, the company’s stock struggled. At the time of publication, it was trading at 68 cents, down from its 52-week high of $2.48.

On March 24, Nasdaq threatened to delist Charles & Colvard’s stock from its exchange if it didn’t regain compliance with its requirement of maintaining a $1 stock price for 30 days. It was the second time it had received that warning in the last two years.