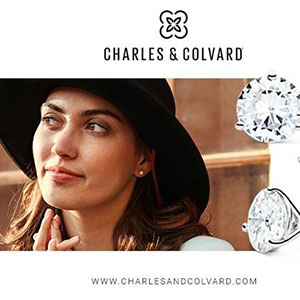 Synthetic moissanite distributor and marketer Charles & Colvard no longer faces delisting from the Nasdaq stock exchange, according to an 8-K the company filed March 20 with the Securities and Exchange Commission.

On Oct. 12, Nasdaq warned the Morrisville, N.C.–based company that it had fallen out of compliance with the exchange’s minimum-bid price requirement, as its share price had fallen below $1 per share for 30 consecutive days. The company was given 180 calendar days, or until April 10, 2019, to bring its shares above $1.

On March 20, with about two weeks to go, Nasdaq notified Charles & Colvard that its stock price had crossed the $1 threshold for at least 10 consecutive business days, which means it had regained compliance with the exchange’s listing rules. “The matter is now closed,” said the filing, signed by the company’s chief financial officer, Clint J. Pete.

At press time, Charles & Colvard’s stock was trading at $1.11 a share.

The company received a similar warning from Nasdaq in 2008, Back then, it also regained compliance with the exchange’s listing qualifications.

On Feb. 7, the company announced that its sales for the second quarter of fiscal 2019 (ended Dec. 31) had risen 19 percent to $10.1 million. It also reported a $1.2 million profit for the period, compared with $0.7 million net income the prior year.

“As this quarter demonstrates, we are successfully transforming Charles & Colvard into a growing e-commerce company with unique products and an established brand,” said CEO Suzanne Miglucci in a statement.