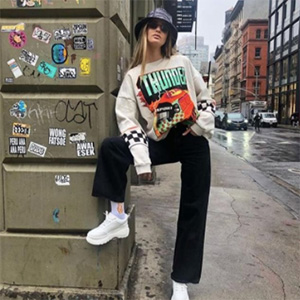 Century 21 is the latest retail victim of the COVID-19 pandemic. The beloved discount department store chain, which has been a part of the downtown New York City fashion scene since 1961, announced Thursday that it has filed for Chapter 11 bankruptcy protection and is closing all 13 of its stores across New York, New Jersey, Pennsylvania, and Florida.

The retailer said the reason it’s shuttering is the failure to receive roughly $175 million from its insurers, which might have shielded the business from the losses it has incurred during the COVID-19 pandemic.

In a press release from the retailer, Century 21 co-CEO Raymond Gindi said, “While insurance money helped us to rebuild after suffering the devastating impact of 9/11, we now have no viable alternative but to begin the closure of our beloved family business because our insurers, to whom we have paid significant premiums every year for protection against unforeseen circumstances like we are experiencing today, have turned their backs on us at this most critical time.”

He added, “While retailers across the board have suffered greatly due to COVID-19, and Century 21 is no exception, we are confident that had we received any meaningful portion of the insurance proceeds, we would have been able to save thousands of jobs and weather the storm, in hopes of another incredible recovery.”

Al and Sonny Gindi opened the first Century 21 store in downtown Manhattan in 1961. The company has approximately 4,000 employees.

Century 21 was a pioneer in off-price fashion retailing, setting the stage for T.J. Maxx, Marshalls, and others, and became a pop-cultural touchstone.

It was the kind of store you shopped with friends, not looking for specific things, but rather keeping your eyes peeled for $500 designer boots marked down to $50 or that designer coat that proved too oddball or vibrantly hued for the Neiman Marcus crowd. There was even a Sex and the City episode that name-checked the retailer and, in part, took place in the store.

“It has been a true honor for us to be part of the vibrant New York City fashion scene and to serve millions of locals, tourists, and celebrities, side by side,” added Gindi. “From the bottom of our hearts, we thank all of our dedicated and hardworking team members for their countless contributions.”