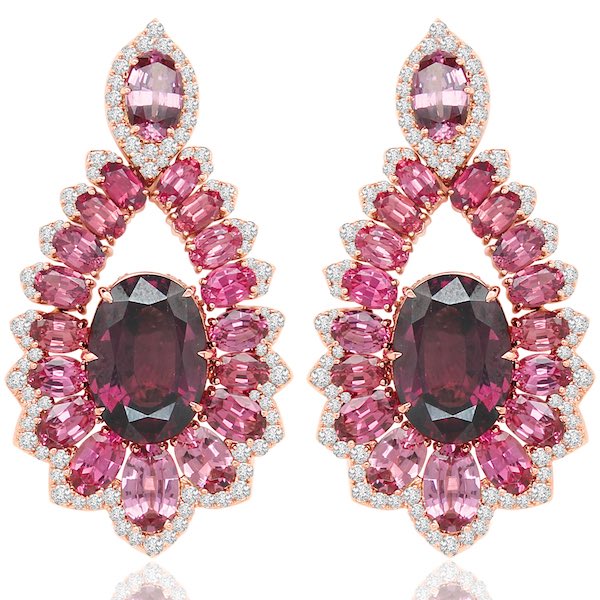 So, what’s the verdict on the Oscar jewels from this past Sunday’s Academy Awards? I feel as if I must have missed a lot of good close-ups (I’ll be perusing the red carpet photos all week to catch up, including JCK‘s own roundup, which you can read here), but at least as far as fashion is concerned, I can’t recall anything that stood out to me. There were good looks, but nothing that I expect to be memorable when we have this conversation again next year (except perhaps Rita Moreno, because wearing the same dress you wore to the Oscars in 1962 is probably one of the coolest things I’ve ever seen—and ever will see).

I watched the ABC red carpet special (I just can’t stomach E! these days) and found that much of the conversation wasn’t really about what people were wearing—does anyone else think Michael Strahan was an awesome red carpet correspondent?—and so I didn’t much pay attention to what they were wearing so much as what they were saying (which is the ultimate good thing, but when you’re meant to be observing jewelry trends, well, oops).

What a night! Big thanks to @forevermarkusa for the gorgeous jewelry that perfectly completed my #Oscars look tonight.  And as always, none of this would possibly without the amazing glam squad! LOVE you @jillcrosbyhair, @collierstrong, @taraswennen!

What I do recall, without reviewing red carpet photos, is noticing that many of Hollywood’s most regal women donned red for the event (Meryl Streep and Allison Janney, most notably), and I think, whether intentional or not, it’s one of the most powerful statements a color can make. It’s bold but classic, passionate, and strong—I actually wrote an article late last year about the color trends that could dominate 2018, and red was on that list. I am feeling quite pleased to see that some of the world’s biggest celebrities obviously read it (ha). I also noted that bright pink would be big and suggested that even pairing the two hues would be something to see (and Emma Stone did just that, in her Louis Vuitton blazer). I’m like a kid in a candy store, so giddy with the presence of this color combination.

Which brings me to these earrings by Sutra, an excellent jewelry equivalent to my current favorite color combination. They would have looked fabulous on the red carpet, and I’m hoping that this sort of color play will extend well beyond the close of awards season (which, I guess starts now). The central garnet stones are maybe more purple than red, but they mesh beautifully with a scalloping border of spinel ovals in a juicy shade of pink. At the top, a single spinel oval appears in a slightly lighter shade of pink (fulfilling my millennial pink requirement that’s still holding strong), and a sprinkle of diamonds finishes off the grand look. These are not unassuming earrings—they’re big, they’re bold, and that’s what makes them so great. Much like the women in red at the 2018 Academy Awards, their aura is cool and confident, an attitude that would serve any woman well. More of this, please!