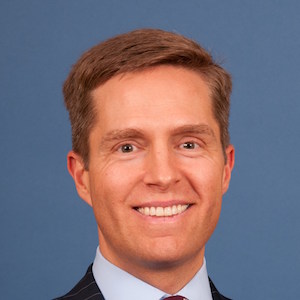 Kell takes over from Eric Anderson, the Bain Capital Private Equity executive who has served as the Seattle-based e-tailer’s CEO since January, when he replaced Jason Goldberger, who held the job for a year and a half.

Harvey Kanter remains company chairman. He led the company from 2012 to 2017.

This appointment means that Blue Nile has been headed by four different people since Bain Capital completed its acquisition of the company in February 2017. Kell is also the third outsider in a row to be named permanent CEO.

Since 2011, Kell has been CEO of A Place for Mom, which provides assistance for families in search of senior care, according to his LinkedIn profile. Prior to that, he was senior vice president and general manager for Hotels.com, a division of Expedia.com. He also held several executive roles at Starbucks, where he led the company’s acquisition of Seattle Coffee Co.

Prior to that, he was a senior engagement manager at McKinsey & Co., the consulting firm.

“As the engagement ring and fine jewelry industries continue to evolve, Sean’s leadership and strategic vision will elevate Blue Nile’s modern approach to becoming our customer’s jeweler for life,” said David Humphrey, a managing director at Bain Capital Private Equity and a member of Blue Nile’s board of directors, in a statement. “Sean is a seasoned leader, and we are thrilled to have him as Blue Nile’s next CEO.”