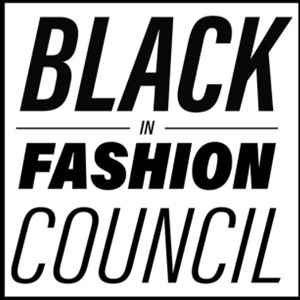 Earlier this month, we wrote about the newly formed coalition of BIPOC jewelry designers—a group asking the jewelry industry to commit to increasing opportunities for BIPOC designers and make moves to quash systematic racism within the industry.

Now, a similar coalition has also formed within the fashion industry. The Black in Fashion Council, founded by Lindsay Peoples Wagner, the editor-in-chief of Teen Vogue, and Sandrine Charles, the owner of Sandrine Charles Consulting, officially debuts Monday. Its primary goal is simple: hold fashion companies accountable for creating equitable opportunities for Black professionals to advance within the industry.

A primary engine of that mission will be the Equality Index, a scorecard the council is establishing and maintaining in cooperation with the Human Rights Campaign, which will rate corporate policies and practices “pertinent to the inclusivity of Black employees.”

On its website, the collective wrote, “We envision a world in which black people in fashion and beauty spaces can be open and honest, guaranteed equal rights, and be celebrated for our voices.”

The council is also publishing an annual report detailing the work of companies who’ve signed a three-year commitment pledge to cultivate representation of Black employees within their ranks—guidance provided by the council to corporations.

“The Human Rights Campaign already has a Corporate Equality Index for people with disabilities and the LGBTQ community that companies like Kering are already a part of,” Wagner told Vogue.com. “This would be a way to continue to give companies a report card of accountability without them feeling like they’re being shamed into it, and giving them the actual resources of what people are saying they want to see changed…. The thinking behind this is we would be using our own networks to be able to have these conversations with people and encourage them to be part of the Council and be part of the corporate equality index. Whoever had a great relationship with a certain brand would spearhead that conversation.”

Top: The Black in Fashion Council logo (image via @blackinfashioncouncil)