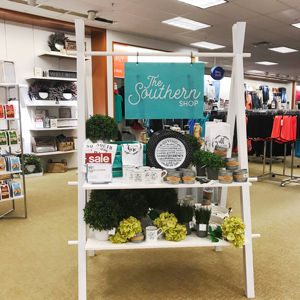 Southern department store chain Belk Inc. is said to be on the verge of filing for bankruptcy protection. Bloomberg first broke the news of the impending filing on Monday, and reported that the company is likely to use bankruptcy to restructure its debt and provide its lenders with a stake in the company.

Belk is one of the oldest department store chains in the U.S. It was founded by William Henry Belk in Monroe, N.C., in 1888, just 30 years after Rowland Hussey Macy founded Macy’s in New York City. The company was run by Belk’s heirs until 2015, when New York–based private equity firm Sycamore Partners acquired the retailer.

The Wall Street Journal reported on Jan. 20 that Belk’s lenders, which include KKR & Co. Inc. and Blackstone Group Inc., were looking at restructuring the company outside of bankruptcy. But that option seemingly fell through. An email to Belk’s media relations department was not returned in time for this article.

Department stores have been struggling for years, but the COVID-19 pandemic has pushed many over—or near—the edge of solvency.

Neiman Marcus filed for bankruptcy on May 7, 2020, and though it doesn’t intend to liquidate, it does plan to shutter several stores, including its first-ever store in New York City, at the Hudson Yards development. J.C. Penney filed for Chapter 11 on May 15, 2020; Lord & Taylor filed Aug. 2, 2020; and beloved off-price department store Century 21 filed Sept. 10, 2020, with an announcement that it would immediately liquidate.

Sagging sales of apparel, one of department stores’ main categories, are partially to blame. As millions of consumers stayed home in the middle months of 2020 in an attempt to curb the spread of COVID-19, spending on apparel plummeted by double digits.

But changing consumer behaviors have also hurt department store growth. E-commerce exploded this past year—online sales grew approximately 49% year over year in 2020, according to a Mastercard SpendingPulse report. And department stores (with the arguable exception of Nordstrom) simply aren’t go-to e-commerce destinations for most Americans. Amazon, Target, Walmart, and category stores including Blue Nile, Old Navy, and Sephora have edged out department stores online—which in 2021 (and likely from now on) is where it counts most.

Top: A display in a Belk store showcasing the retailer’s Southern roots (photo courtesy of Belk)