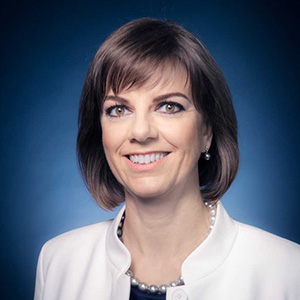 Sylvie Ritter (pictured, right), who served as managing director of the Baselworld watch and jewelry show since 2004, is stepping down from her position at the fair’s owner MCH Group.

“After 26 years with the MCH Group, 15 of which were managing director of Baselworld, it’s time for me to start something new and take on new challenges,” said Ritter in a statement. 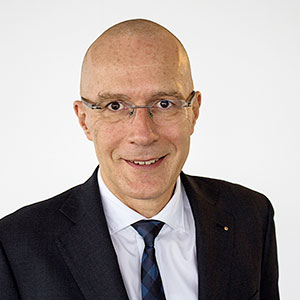 Michel Loris-Melikoff (pictured, left), will succeed Ritter as head of the Basel, Switzerland–based fair. Until now, he has held the position of director of MCH Beaulieu Lausanne, a local trade fair.

Loris-Melikoff  is a lawyer who started his career in the private banking business before switching to the event industry 20 years ago. Over the years, he has served as head of the Zurich Street Parade as well as other local events and arenas.

Ritter’s departure comes as the fair, the largest in the watch industry, is, like the rest of the business, dealing with significant challenges. The 2018 edition had nearly 50 percent fewer exhibitors, two fewer days, and one-third less exhibition space. High-profile exhibitors such as Movado have abandoned the fair, and reports said the fair was “imploding.”

In a statement, Loris-Melikoff promised a new Baselworld jewelry initiative, as well as changes for the watch and precious stone sectors, local catering, hospitality, and events. He also promised to position Baselworld as the “leading marketing and communication platform for the industry,” and to bring back the fair’s print newspaper, the Baselworld Daily News.

“She has shaped and directed Baselworld with great passion and professionalism,” said MCH CEO René Kamm in a statement. “I would like to thank her on behalf of the entire MCH Group for her extraordinary commitment during her many years of activity within our company.”

The next Baselworld will take place March 21–26, 2019, at the Basel Exhibition Centre (Messe Basel).