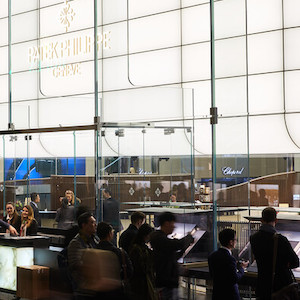 Baselworld has canceled its planned January 2021 edition, though owner MCH Group says it doesn’t know whether the show will reclaim its traditional April time slot—or whether it will continue at all.

A spokesperson tells JCK that it will “enter in a new process of consultation in the community to identify the needs in order to develop a potential new format in the future. We cannot yet foresee what the future holds. We’re starting from a blank page.”

The news comes after a group of major watch companies, including Rolex and Patek Philippe, announced they would no longer participate in the century-old fair but instead organize a rival event in Geneva in April, beginning next year.

The dispute stemmed from the cancellation earlier this year of the April 2020 edition of Baselworld, due to the spread of COVID-19. MCH scheduled the next Baselworld for Jan. 28–Feb. 3, 2021, a change from its traditional April date pattern.

But many exhibitors balked at the new dates—which overlapped with VincenzaOro and the Tucson gem shows—as well as the refund policy for the scrapped 2020 fair.

Now MCH has struck a deal with the show’s exhibitor committee that will allow for an “amicable settlement” of the refund dispute, though no details had been announced by publication time.

“I welcome the constructive attitude of the representatives of the MCH Group, which has enabled us to find a balanced solution,” said Hubert J. du Plessix, president of the Swiss Exhibitors’ Committee and a Rolex executive, in a statement. “I would also like to thank Patek Philippe, Rolex, Tudor, Chanel, Chopard, Hublot, Zenith, and Tag Heuer, who, in a spirit of solidarity with the sector as a whole, have agreed to a lower refund so that the other exhibitors can benefit from better conditions.”

All those named companies have said they are leaving Baselworld. It was unclear if this agreement will affect the companies’ plans for a new show.

Bernd Stadlwieser, chief executive officer of the MCH Group, said in a statement: “We are pleased to have worked together and, in just a short time, found a solution that is acceptable to everyone. In the light of the large loss of revenue due to COVID-19 and our responsibility to all our stakeholder groups, this solution marks the limit of what is possible for us. With the amicable settlement for Baselworld 2020, we can now concentrate fully on the future.”

But that future remains up in the air.

Said the fair’s managing director Michel Loris-Melikoff: “We will be [making] a decision on possible follow-up formats by the summer and will then provide information on the new concept and scheduling.”