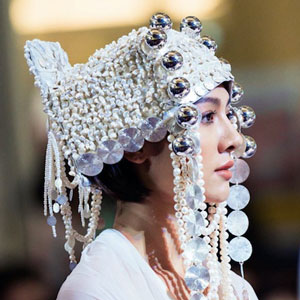 We reported last week that the Bangkok Gems & Jewelry Fair is sticking to its original Feb. 25–29 date pattern, despite the spread of the coronavirus (now known as COVID-19) that originated in China.

On Wednesday, event organizers sent out a press release detailing the many ways in which the show will be taking precautions for visitors and exhibitors.

The list includes the installation of thermal scanners at show exits and entrances, the addition of registered nurses with temperature guns stationed around the show, an ambulance at the ready outside the venue, face masks available to anyone who wants one, and an increase in disinfectant sprayed through the air-conditioning ducts.

Because the Bangkok show will be the only major jewelry and gem fair to take place in Asia this season, the show may gain overflow business—on both the attendee and exhibitor sides—from the Hong Kong fair and other rescheduled and/or canceled events. Still, it’s difficult to imagine that business at the show won’t suffer from the widespread fear and anxiety surrounding COVID-19, a novel virus that’s infected more than 43,000 worldwide.

Thailand has 33 confirmed cases of coronavirus, according to a report from the Bangkok Post published Tuesday, including several individuals who flew in from Wuhan, China, where the outbreak began and continues. The country currently has no flight restrictions to and from its airports.

“Amid the coronavirus outbreak, DITP has projected a much lower number of Chinese buyers. However, our Thai trade centers around the world have confirmed that most buyers, especially those from Europe and the United States, will be joining the show,” said Somdet Susomboon, director-general of Thailand’s Department of International Trade Promotion (DITP), the show’s organizer, in a prepared statement.

Buyers from more than 85 countries have registered to attend to the Bangkok Gems & Jewelry Show.

Top: A model at a past Bangkok Gems & Jewelry Fair (photo courtesy of DITP)