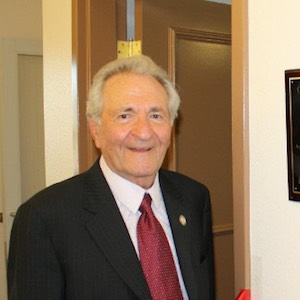 In his years as an expert witness, testifying in more than 100 cases, Cos Altobelli (pictured) has been involved in some big trials. But when the veteran appraiser testified at New Orleans Saints quarterback Drew Brees’ lawsuit against a local jeweler, he knew this was no ordinary suit.

“If this was the average millionaire it wouldn’t have gotten quite the play that it did,” the president of Altobelli Jewelers in Burbank, Calif., tells JCK.

According to a complaint filed last April in San Diego Superior Court, Brees and wife Brittany bought $15 million in colored diamonds from San Diego retailer C.J. Charles Jewelers over the course of a decade. Owner Vahid Moradi had told him they would appreciate in value, it says.

The suit alleges that when Brees got the items appraised, he discovered the pieces were worth a lot less than he paid for them.

Last week, Brees won a $6.1 million judgment against the retailer, prevailing on all four counts. The jeweler says he’s disappointed with the verdict and will appeal.

There were a lot of issues in the widely publicized suit, including whether the diamonds in question could really be considered investments, the size of the jeweler’s markup, and if Brees even knew the jeweler had taken a markup. (He testified that he didn’t.) But Altobelli, who served as an expert witness for the Brees side, believes the case hinged on how those factors played together.

“Brees was buying things that were investment pieces,” he says. “He paid more than double what they were worth to begin with. It would take some time to break even, let alone make money on them.”

(The jeweler testified that he considered the gems “long-term” investments.)

On the stand, Altobelli also discussed his view of an appropriate markup. He referenced an old JCK study that showed that, for the very top items, the average markup is about 1.2, about 20 percent.

He believed that in some instances, the jeweler had charged Brees more than double.

“Everyone is entitled to a markup. If he had charged 10 percent over cost, that would have been reasonable.”

He noted that Uniform Commercial Code has a provision against “unconscionable” pricing.

According to a video that aired on a local news station, the jeweler’s lawyer argued that “you can’t sue somebody for charging too much. There’s no legal claim [that] Drew Brees should not have to pay the same markup that all of us have to pay.”

He also argued that the jeweler’s pricing and markups were consistent with industry norms.

Altobelli is happy with the trial’s outcome—though he admits that a lot of this could have been avoided if Brees did more research.

“This was more than a business relationship,” he says. “He should have contacted other dealers, told them, ‘This is what is being offering to me.’ You don’t want to put all your trust in one guy.”