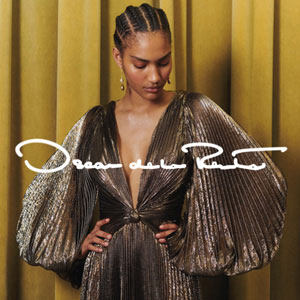 Amazon’s first Luxury Store, for fashion brand Oscar de la Renta, debuted on its mobile app Tuesday. The retailer announced earlier this month that it plans to introduce a dozen virtual “stores” for high-end designer fashion brands on its new platform in the coming weeks.

As of now, shopping on the platform is invite-only for specific Amazon Prime members. But the company will extend invitations to shop the boutique to more Prime members in the coming weeks.

Each Luxury Store includes interactive features including 360-degree viewing (you can see looks on a model from all sides) and the ability to see fashion on different body types and with various skin tones.

Amazon is swooping into the designer fashion game in the midst of a vulnerable time for the category’s traditional retailers.

Several seminal high-fashion retailers, including Barneys New York, Opening Ceremony, and Colette (in Paris), have shuttered in the last two years. This year, U.S. department stores including Neiman Marcus and Lord & Taylor both filed for Chapter 11 bankruptcy protection (Lord & Taylor is liquidating). And just last week, beloved off-price designer fashion retailer Century 21 announced that it will close all 13 of its stores this fall.

Considering the crumbling landscape around it, Amazon’s timing for entering the designer fashion market is opportune. Its partner brands, too, will likely get a boost in sales and exposure from debuting with the platform—at least initially. And for the consumer, the platform renders shopping rarified brands a more straightforward (but likely less special-feeling) experience.

But Amazon’s move into high-end fashion could impact the designer apparel, jewelry, and accessories markets significantly. If Amazon is selling Oscar de le Renta and similar brands on a mobile app, what slice of the revenue pie remains for online fashion sellers including Net-a-Porter and Matches, let alone ailing brick-and-mortars?

Does the platform work to advance the dreaded “Amazoning” of U.S. retail—a scenario that sees Amazon gobble down competitors in various consumer categories, neatly decimating the indie retailer landscape much in the same way Walmart toppled small town Main Street businesses in the 1980s and 1990s? Maybe.

There’s no doubt that the retailer is a category killer. Remember book stores? And fashion, accessories, and jewelry have been fast-growing categories for Amazon since 2012. Over the years, shoppers have bought more than 1 billion fashion items through the retailer’s mobile app.