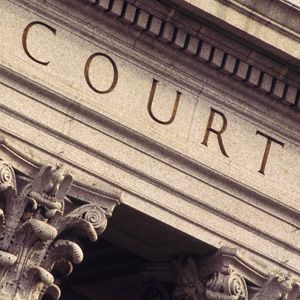 In a Dec. 7 filing in Ohio federal court, Alex and Ani asked Judge Sara Lioi to let it seek evidence to determine whether rival charm brand Pandora interfered with its relationship with Sterling Jewelers.

Pandora’s charms are currently sold at Jared, which is owned by Sterling. Jared briefly carried Alex and Ani, but the relationship ran aground, leading to the current lawsuit.

“Through the discovery conducted in this matter to date, Alex and Ani has substantiated various concerns related to Pandora’s interference with the contractual relationship between itself and Sterling, to the detriment of Alex and Ani,” reads the motion for reconsideration, submitted by Alex and Ani’s counsel Mark Geragos.

Alex and Ani’s filing claims that “Sterling admitted to four separate instances in which Pandora communicated to Sterling its dissatisfaction with respect to Alex and Ani and Sterling’s competing contractual relationship.”

The motion also asks the court “to grant [Alex and Ani] leave to amend its pleadings and add claim(s) against Pandora as a third-party defendant.”

Sterling, a division of Signet Jewelers, originally filed suit against Alex and Ani last year. The two had forged an ill-fated agreement in 2015 to sell Alex and Ani’s products in more than 100 Jared stores.

Sterling claimed in its suit that Alex and Ani’s refusal to allow “certain discounting strategies” left it stuck with millions in inventory. In its counterclaim filed in February, Alex and Ani charged that Sterling deliberately breached the two parties’ contract,

According to a status report filed Dec. 7, the two sides engaged in settlement discussions in November but did not come to a resolution.