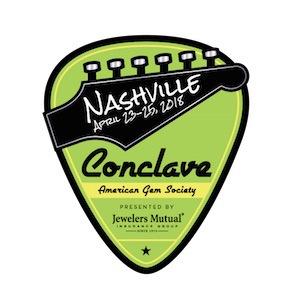 After attending the American Gem Society Conclave in Nashville, Tenn., this week, it’s almost like we have two jewelry industries in the United States.

The vibe from the retailers in attendance was almost uniformly good, particularly among those who deal with high-end customers, and some credited the recent tax cut for that. Obviously, there is a bit of self-selection here, as it’s mostly jewelers who are doing well who are going to take a few days off from work to attend an educational conference. But I’ve been to Conclaves where the retailer mood was not that positive. This was not one of them. (The one exception: Some retailers in rural areas were concerned about the impact of a trade war with China.)

Granted, there were sessions that touched on the large number of retailers closing and whether older jewelers should join them. Even though retailers seem to be enjoying a good patch, the American jewelry business is very much an industry in transition, but it’s not all that clear what the end result will be.

On the wholesale side, I found that the mood a little more guarded. Several diamond and jewelry manufacturers acknowledged to me that their retail customers were ringing up more sales, but they also wondered when the good news would reach their end of the business. They noted that many jewelers had long been overstocked, and so retailers were finally selling off their long-built-up excess inventory, rather than ordering new product. And diamond companies remain unsettled by the continuing industry scandals out of India.

All in all, the Nashville Conclave was a solid, worthwhile event, as Conclave generally is, and it featured a more upbeat mood than usual. But when will the rising tide lift all industry boats? We may have to wait until JCK Las Vegas (the parent company of which owns this publication) to get a full read on that.