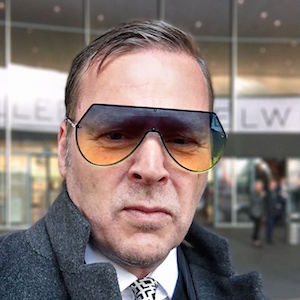 ABlogtoWatch.com, which covers the timepiece industry for both the trade and consumer enthusiasts, has appointed industry veteran Jay Gullers (pictured) as director of sales for North America.

Gullers will be responsible for managing existing client relations and new business development.

“Watch industry marketing is complicated, and it takes multiple skills to effectively produce and deliver success,” said Ariel Adams, founder and publisher of aBlogtoWatch, in a statement. “Jay truly ‘gets it’—he understands watch media, watch brands, and most importantly, the consumer.”

Added Gullers in the statement: “The site’s metrics and numbers are strong, and the team has fresh new initiatives and creative activations ready to be rolled out. ABlogtoWatch works with the world’s best timepiece photographers, designers, and writers.”

Adams founded ABlogtoWatch in 2007. The Los Angeles–based publication bills itself as “the world’s most trafficked independent watch news and editorial publication.”

These are busy times for watch blogs, with Hodinkee recently appointing former JCK writer Joe Thompson as its executive editor in October.