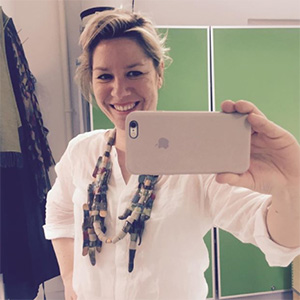 The program gives artists time and space to work in New York City—and to make connections in and around the city. Each artist is provided with living and working space in the city for a month. 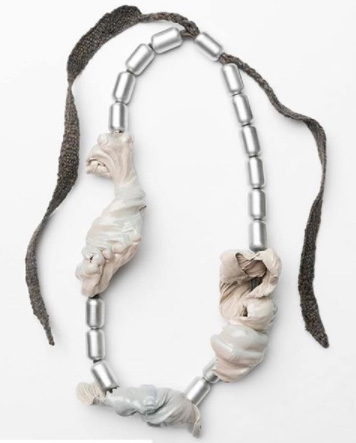 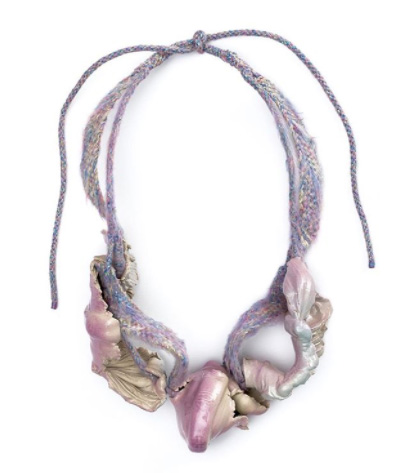 The artist was chosen for the 92Y International Jewelry Residency program by a jury that includes Kathy Chazen, a 92Y board and Jewelry Center committee member (Chazen supports the program); Ulysses Grant Dietz, chief curator and curator of decorative arts for the Newark Museum; Marion Fasel, founder and editorial director of The Adventurine; Barbara Paris Gifford, assistant curator for the Museum of Arts and Design in New York City; and Jonathan Wahl, director of the 92Y Jewelry Center.

“Ineke was selected by the jury for her incredible work in jewelry, and her compelling interdisciplinary project proposal to collaborate with the ceramics, painting, and dance centers at 92Y, in addition to jewelry,” said Wahl in a prepared statement.

Heerkens was inspired as a child by the New York City art scene and seeing Piet Mondrian’s Broadway Boogie Woogie at the Museum of Modern Art, according to the same statement, and said, “I’m looking forward to assembling my ‘beads’ into a ‘New York necklace,’ as Mondrian did with his art.”

Top: Ineke Heerkens capturing a new necklace for her Instagram (via: @ineke_heerkens)