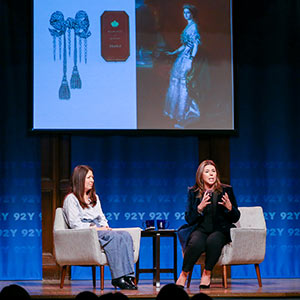 One of the highlights of living in New York is the 92nd Street Y and its numerous events, talks, and classes that hit upon everything from French and fashion to politics and fine jewelry. Town & Country editor-in-chief and author Stellene Volandes has just announced she will host a 92Y Jewelry Talks series this fall and will announce topics and dates in June.

To get a taste of what’s to come, listen to “Why Jewelry Matters,” a talk Volandes hosted in March with The Adventurine founder and editorial director, Marion Fasel.  Under the auspices of 92Y’s Jewelry Center, which was founded in 1930 and is now led by director Jonathan Wahl, Volandes and Fasel explain why jewelry has always been more than just adornment, but a designator of class, rank, hierarchy, politics, and, yes, fashion movements—and even technology.

Highlights include the real reason the French unloaded the crown jewels in 1887 (as Fasel explains in fascinating depth here); how King Tut’s discovery in 1922 suddenly mashed-up Egyptian symbols with art deco shapes; and a discussion of the advent of modern American aristocracies like the Astors and the Vanderbilts and their appetite for fine jewelry.

“Jewelry holds multitudes. It can teach us so much about the people who wore it and the people who designed it and the era in which it was made. And it is time for jewelry to be seen as a cultural artifact and decorative art.”

In other 92Y news, Wahl is taking a lucky group of individuals on a Jewelry and Decorative Arts Tour of Israel from April 21 through April 30, 2018, along with Met Museum curator emeritus Jane Adlin. The tour will include studios, galleries, and designers that are in Jerusalem and Tel Aviv.  And, of course, spring and summer classes are available at the 92Y Jewelry Center. For more information, visit 92y.org/jewelry. 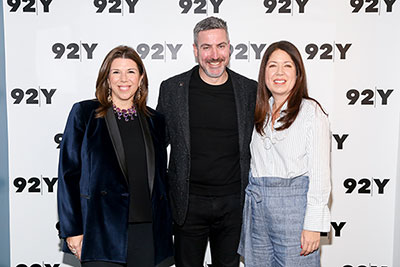