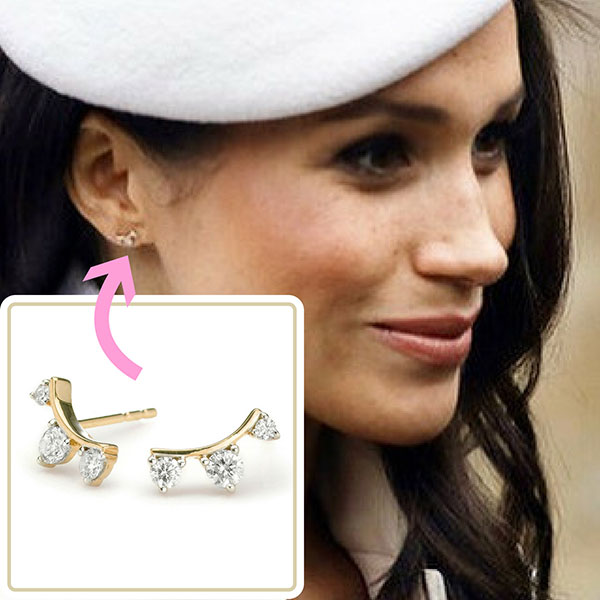 Now, I’m a maximalist at heart, but I also love all things royal, so Meghan Markle’s vetting of jewelry designer Adina Reyter was enough to get my attention.

The impact of the royal wedding on the bridal industry at large is without question. While it may have happened a full month before the actual start of summer, no event this season has topped the jewelry buzz surrounding the event or the sheer delight it brought so many of us. We came back from JCK Las Vegas 2018 talking about three-stone engagement rings and jumbo aquamarines, and we’ll surely get more concrete bridal trend cues during New York Bridal Fashion Week in October.

Markle is a clean-liner, possibly heralding a trend overall toward minimalism and understatement, which is great news for cool-girl studio jewelry designers like Reyter who favor barely-there bar necklaces, stacking rings, and single diamond studs.

The Duchess of Sussex has often been photographed wearing this style of jewelry, twice in Reyter’s extremely tasteful three-diamond post earrings. (They may have been picked up through Shopbop, according Us magazine. “When you’re a royal, you can’t accept gifts, so she actually bought them retail,” Reyter said in the interview.)

And Reyter didn’t find out until she saw the photo of Markle—the one we all saw with her hat tipped just so (pictured at top)—soon after she and Prince Harry announced their engagement.

Knowing that September and October are peak wedding months, I picked out a few bridesmaid gift favorites on Reyter’s site. The ideas below would make any bridesmaid happy, but a hint of “Markle Sparkle” certainly gives them extra cachet.