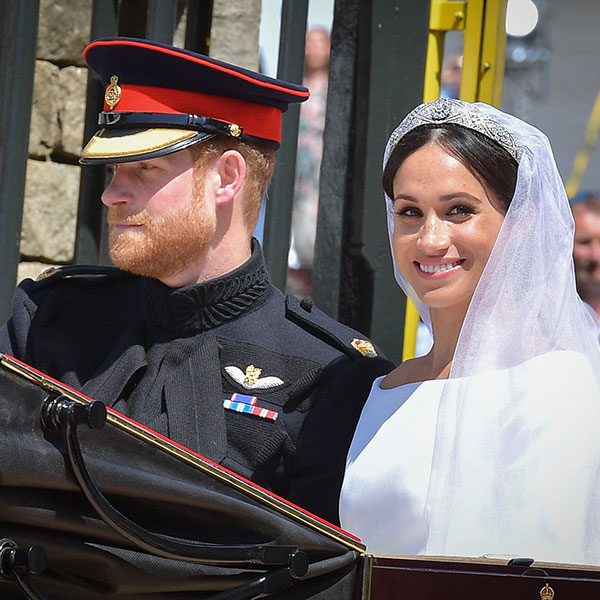 Meghan Markle is clearly a fan of simplicity. The new Duchess of Sussex wore a Givenchy wedding gown free of flash and embellishment on her wedding day (the internet will forever be divided on its success), and kept her hair and makeup minimal, charming the universe with those fantastic freckles.

The choices cleared the way for Markle to don some bold—and historically significant—jewelry on her wedding day.

Here’s what the radiant royal wore while (and after) tying the knot with adorable Prince Harry.

Queen Mary tiara
Markle’s diamond-studded bandeau-style tiara—borrowed from Queen Elizabeth—is known as the Queen Mary tiara. The cluster of 10 brilliant diamonds at its center was once a brooch given to then-Princess Mary in 1893 by the County of Lincoln when she married Prince George, Duke of York. Queen Mary had London’s Cleave jewelry workshop—an official jeweler to the crown—create the platinum tiara to accommodate the brooch in 1932. The bandeau is formed as a flexible band of 11 sections, pierced with interlaced ovals and pavé set with large and small brilliant diamonds. The borrowing of a mega-tiara from the queen is a British royal tradition—Kate Middleton did the same. 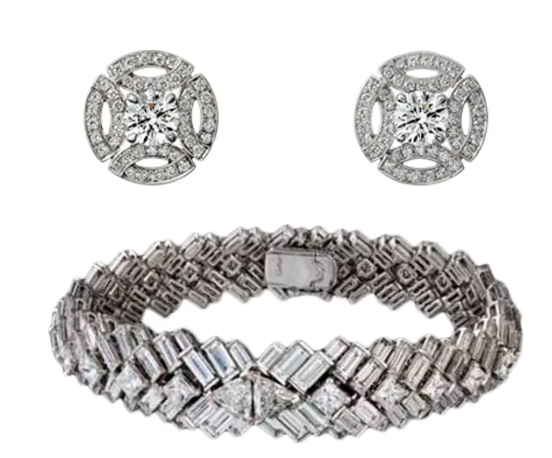 Gold wedding ring
We’ve already written quite a bit about Markle’s engagement ring—a classic three-diamond stunner that includes two diamonds formerly belonging to Princess Diana flanking a center diamond from Botswana. Sitting against that ring now is Markle’s simple (of course!) wedding band, which was made by the Cleave workshop from a cache of Welsh gold Queen Elizabeth gave her. 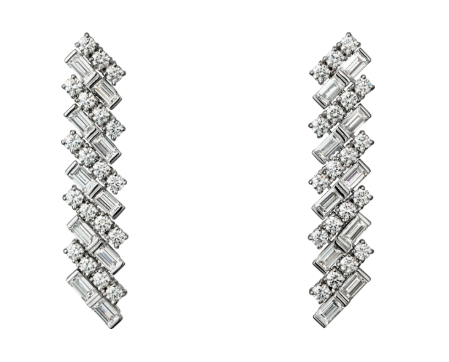 Asprey aquamarine ring and Cartier earrings
Markle styled the white halter Stella McCartney gown she changed into for the party after the ceremony with more lovely (and meaningful) jewels. While driving to the party, she waved to the crowd, revealing a fantastic ring that once belonged to Princess Diana (we assume Harry gave it to her, but we don’t have confirmation). The 24k yellow gold cocktail ring, which was made for Diana in 1997, features an emerald-cut aquamarine surrounded by small diamonds. Markle changed into another pair of Cartier diamond earrings for the party at Frogmore House—these $68,000 Reflection de Cartier earrings.