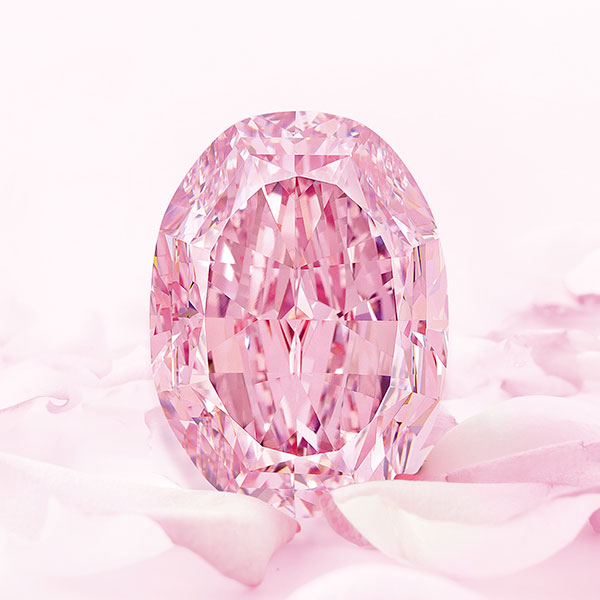 We weren’t able to gather in person very much in 2020, but that didn’t stop affluent buyers and collectors from bidding on an array of stunning jewels, watches, and once-in-a-lifetime gems in high-profile virtual auctions.

The COVID-19 pandemic stranded all of us—including luxury jewelry and watch buyers—at home for most of the year, curtailing our spending on travel and entertainment.

For big-ticket buyers, funds that previously had gone toward vacations and experiences were suddenly freed up. And auction houses worked diligently to entice those potential buyers to funnel those freed funds into timeless tangible luxuries—by hosting virtual auctions featuring treasure troves of rare, ultra-valuable jewels and watches.

The efforts seemingly paid off: Many auction houses had banner years. Christie’s shared with JCK that in 2020 its online sales increased 143%, and that it’s seen a 241% increase in the value of online jewels sales year over year.

Here are 12 of the year’s top-selling—and most newsworthy—jewelry and watch auction lots of the year:

In June, Christie’s established the record for most expensive jewel sold in an online auction when it sold this 28.86 ct. emerald-cut diamond for $2.1 million.

The Spirit of the Rose, the world’s largest vivid purple-pink diamond ever to appear at auction, sold for $26.6 million during Sotheby’s Magnificent Jewels and Noble Jewels auction Nov. 11 in Geneva, setting a global auction record for a purple-pink diamond.

Sotheby’s reeled in $1.5 million for a rare Rolex Daytona JPS in a single-lot online sale in July. The hammer price broke the auction house’s own record for a watch sold in an online auction.

Phillips’ Racing Pulse sale earlier this month included the auctioning of a Heuer Monaco reference 1133, which was worn by iconic actor Steve McQueen in the racing film Le Mans, for $2.2 million. The sale set the world-record selling price for any Heuer watch.

In the same sale, a Rolex Daytona known as the “Big Red” that once belonged to Paul Newman (and had an inscription from his wife, Joanne Woodward) sold for $5.5 million.

The top lot for Christie’s for the entire year was a fancy intense blue, marquise-cut, internally flawless diamond ring of 12.11 cts., which sold in Hong Kong in July for a stunning $15.9 million.

In November, a fancy purplish-red diamond, set into a ring by Graff, sold at Christie’s Magnificent Jewels sale for $2.8 million, setting a new auction record price per carat (price per carat: $2.6 million).

An important Fancy Pink diamond and diamond ring went for $1.1 million at a London Bonhams sale in November.

A 2020 auction item that, depending on your personal perspective, is perhaps even more culturally important than the above jewels and watches was a plastic crown worn by late hip-hop star Notorious B.I.G. that sold for a jaw-dropping $594,750 at Sotheby’s Hip-Hop auction in September. Which undoubtedly sets the world record for a plastic crown.

Top: The Spirit of the Rose pink diamond (photo courtesy of Sotheby’s)