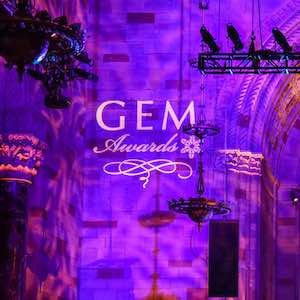 Jewelers of America (JA) has announced its Gem Awards nominees in the categories of jewelry design, media excellence, and retail innovation.

The winners in these categories will be announced during the 18th annual Gem Awards, which will be held on Friday, Jan. 10, 2020, at Cipriani 42nd Street in New York City.

The Gem Awards honor individuals and brands whose work raises the visibility and status of fine jewelry and watches.

The Gem Awards nominees for media excellence are Anthony DeMarco, a former JCK editor who now writes for Forbes.com, the Financial Times, and The Economist‘s 1843 magazine; Rachel Garrahan, the jewelry and watch director at British Vogue; and Tayna Dukes, a freelance writer and fine jewelry stylist who has also contributed to JCK.

The Gem Award nominees for retail innovation are Foundrae, which has a store in New York City; the Hodinkee Shop, the retail arm of the industry watch news site; and Twist, which has retail locations in Portland, Ore., and Seattle, as well as an online presence.

JA has previously announced that it will honor former Ben Bridge Jeweler chairman, Ed Bridge, with its Lifetime Achievement award.

More information on the awards can be seen here.

Images courtesy of Jewelers of America