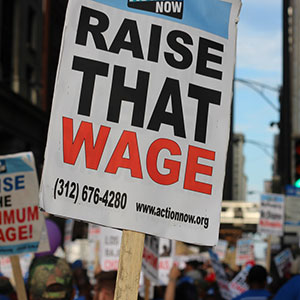 On Jan. 1, 19 states and 21 cities and counties gave their workers a raise, with some jacking up their minimum wage to as high as $15 an hour, according to a report from the National Employment Law Project, a nonprofit that fights for higher wages and better protections for low-wage workers.

The cities and counties are Flagstaff, Ariz; 14 jurisdictions in California; three in New Mexico; and three in Washington. Thirteen of those cities and jurisdictions are raising their minimum wage to $15 or more, which more than doubles the current federal number.

And there’s more to come: Later this year, 21 more jurisdictions will institute additional raises, and Nevada plans to consider whether to raise its minimum wage.

To check the minimum wage in your state, see this table.