We can’t help ourselves. It’s how we are conditioned by countless movies, television shows, commercials, magazine ads, and almost everywhere else we look. Thanks to nonstop visual stimuli, we believe and expect that when giving a gift to someone, we haven’t hit it out of the park unless the recipient of our generosity and affection experiences the Wow Factor. This is that moment when, upon tearing off the ribbon and the wrapping paper, his or her eyes suddenly grow large and glisten like fire opals, hands shake in a spastic flutter, and a screech escapes a smile that has widened enough that it almost touches each lobe. And when this near hysteria occurs, you instantly feel like the North Star of your giftee’s world. 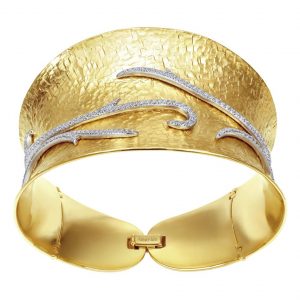 Admit it. You’ve imagined it. We all do. Why not? The problem is that in pursuit of this fevered goal, our eager, well-intentioned efforts have a tendency to overshoot the mark. For example, you come upon a rich, deep navy cashmere sweater. But dark blue doesn’t make the heart race. So you think, “I’ll buy the turquoise one!” even though you’ve never seen the recipient wear that hue. And when the box is opened—wowza? No. Chances are, you’ve purchased prime regifting material.

A similar miscalculation occurs when people buy jewelry. It’s not enough that it sparkles like early starlight or elicits the subtle rush of a stolen kiss. Nah, you want bigger, brighter, rock ’em, sock ’em bling (gosh, I despise that word) that will practically burst out of the box saying, “Look at me!” 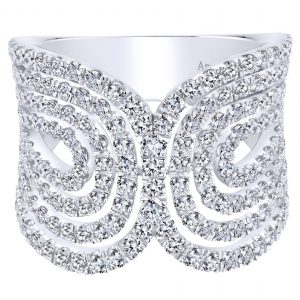 Well, maybe you do—if you are absolutely, positively sure that’s what your honey loves and craves and wears with the throwaway panache of a boyfriend sweater. And more than likely, you’ll get your Wow Factor moment, but it will be only that. Almost immediately, the reality sets in of earrings too rarified and elaborate for comfort, a ring that can’t ever fit inside a glove, or a necklace that makes such a statement that it’s shouting in a workaday world. It’s great that these pieces look amazing in the box because that’s where they’re going to spend most of their long life—tucked into a special place in the top drawer. Now, where is the Wow in that? 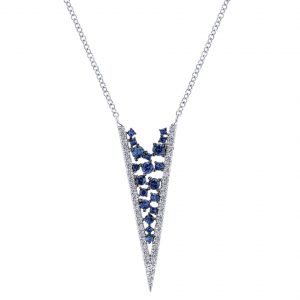 What if, instead, you chose a piece of fine jewelry that boasted a different set of attributes? A pendant that sits alluringly in the clavicle. Earrings, the geometry of which is so cleverly crafted they gracefully dovetail right into the jawline. Rings stacked with such playful individuality that they are actually fun to wear. How different would your choice be if wearability, intricate craftsmanship, easy versatility, ergonomic harmony, and striking simplicity of design topped your checklist rather than all that flash?

Instead of jewelry that says “Look at me,” try opting for jewelry that when worn prompts the wearer to look in the mirror and think, “Look at me!” What if the Wow Factor generated eyes that crinkled in delight, cheeks gently flushing with warmth, and a knowing smile stifling the sweetest of giggles? That jewelry may never see the inside of a box again. And you just might become someone’s North Star forever. 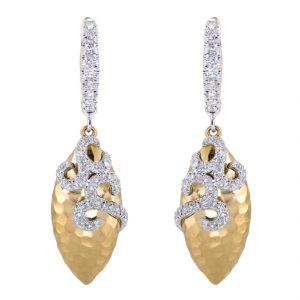