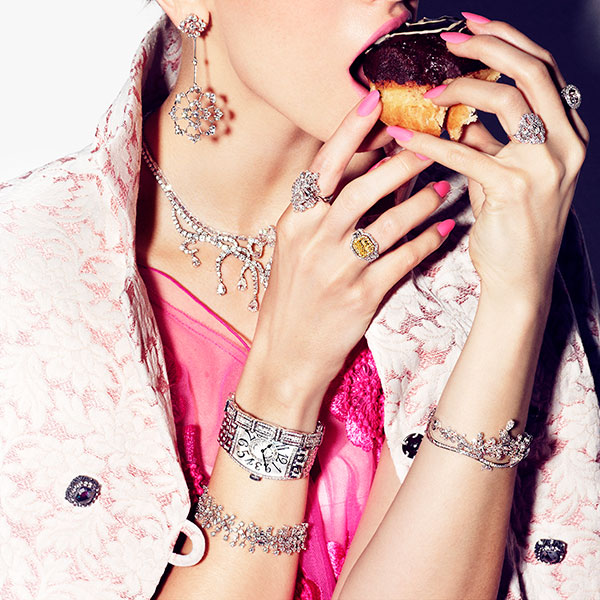 In this cultural moment dominated by movements such as #MeToo and #TimesUp, diamond jewelry advertising can be a complicated endeavor. The most effective strategy? Place real women front and center. 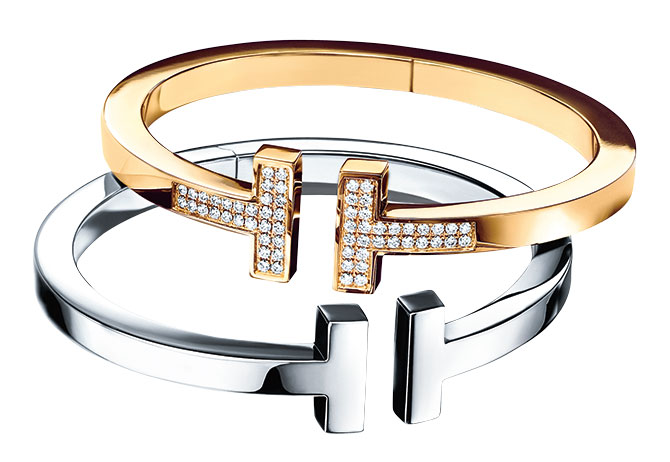 A Diamond is Forever.

The iconic slogan written for De Beers by female copywriter Frances Gerety in 1947 married the concept of eternal love with diamond jewelry for generations.

In almost the same stroke, its message of aspirational ­romance quashed any realistic option of buying a bride-to-be anything other than a dazzling diamond solitaire. And its subtext simmered with the suggestion that a woman wasn’t really engaged unless she had a diamond on her finger.

The marketing was a total triumph. Demand for diamonds had been waning significantly following the Great Depression, but the De Beers ads restored cachet to the stone, and public interest surged.

Now, 70 years after the famous tagline debuted in print, De Beers and other major diamond jewelry companies face an eerily similar challenge: making diamonds relevant and ­alluring to young women at a time when conspicuous luxury consumption can be perceived as show-offy or even tone-deaf.

Compounding the challenge for these brands is the ­cultural climate, which has been hammered into its current shape by conversations surrounding gender parity, including gender-based abuses of power.

The marketing of diamonds to women in the era of #MeToo and #TimesUp—important cultural movements that have forced us to take a hard look at some very uncomfortable realities—is understandably tricky business.

A Diamond Is Forevermark

Appropriately, the company that sold the modern world on the value of diamond jewelry is now at the vanguard of marketing diamonds to one of its fastest-growing demographics: women.

Through marketing and advertising campaigns, De Beers’ sustainably sourced loose diamond brand, Forevermark, has made a concerted effort to connect with female diamond jewelry buyers. The company promoted its ongoing Tribute campaign last year with imagery and video designed to celebrate real women, ­instead of idealized versions of them.

One beautifully shot video from the initiative shows ­approachably attractive women caught in the act of doing: parenting, working, performing on stage, dancing, and hitting the town with their significant others. With every scenario, a new line materializes on the screen: “For your independence. For your courage. For your determination. For your playful heart. For your guiding hand. For your spirit. For the way you love. For all you are.”

Charles Stanley, president of Forevermark US, says the push to modernize the company’s messaging for women is rooted in the changing demographics of the diamond jewelry buyer. 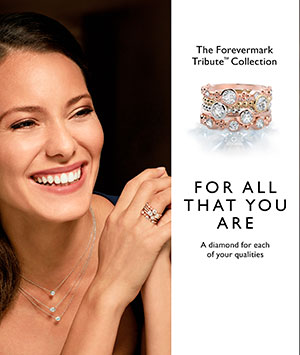 “The self-purchasing female consumer is definitely growing, and that was part of the rationale behind the Tribute collection and [its marketing],” Stanley says, adding that from 2011 to 2014, men were outspending women on jewelry by $2 billion.

“That has completely reversed now,” he notes, citing a statistic from the 2017 De Beers Insight Report that found women spent $404 million more on jewelry than men last year. “That’s a $2.5 billion swing,” he says. “That’s enormous. Women ­really do feel it’s appropriate to celebrate themselves with diamond jewelry. We all had this gut feeling that this was the way things were going. But our research [proved] it.”

Forevermark CEO Stephen Lussier said in a speech in London in September 2017 that while the core of the brand’s marketing is bridal gifting, “what we have to appreciate is that if we market diamonds in the old way, our customers will say that’s not appropriate. The old way was, basically, a man saying, ‘Thank you. I bestow this diamond upon you.’ And that’s not the way women want to be gifted today.… In the advertising we’ve been working on, historically, the breadwinner says, ‘Thank you for looking after the family while I’ve been doing other stuff.’ But in the new world, he has to say, ‘I’m so proud of you for everything you do.’ We make that switch, and our diamond will continue to be that symbol. It’s very subtle.” 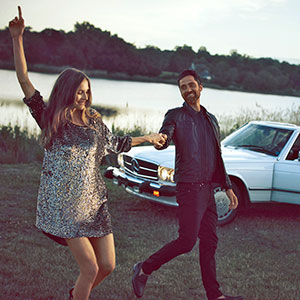 Hearts On Fire’s “Ignite Something” initiative, which ­debuted in 2015, features print and video campaigns (pictured) that dramatize adventurous women acting spontaneously. A recent Ignite Something ad showed a young couple leaping out of a convertible, stripping down to cute bathing suits, and jumping off a cliff into a body of water. The setup is a far cry from the quietly posed models draped in diamonds who used to dominate fine jewelry advertising.

Tiffany & Co. also eschewed static-feeling modeling in the latest campaign for its Tiffany T collection (which includes ­diamond pieces, but is not strictly a diamond jewelry collection). Instead, the company captured notable female professionals who run the gamut in age, ethnicity, career, and ­personal style. Recent stars of the campaign include designer Kendall Conrad, blogger Susie Bubble, and model and street-style star Cipriana Quann. In short clips shared on social ­media, they all talk about courage and strength, as well as jewelry and how it makes them feel.

“Women have an increasing influence in the engagement ring process,” she says, “and we continue to see this more and more.”

Though Gerstein says the brand’s marketing has always been a hit with females, she’s seen an upswing recently in women involved in the engagement ring buy—and women who purchase their own engagement rings outright.

“Couples are much less traditional then they used to be,” she notes. “We know it’s really important to acknowledge that there are so many different models and [configurations] of consumers.”

Retailer Debbie Klein, owner of Boulder, Colo., fine ­jewelry store Art + Soul, says she’s also seeing more women and men shopping for diamond engagement and wedding jewelry together—and that often “she’ll buy his ring, and he will buy her ring.” But decisions on both are typically finalized by women.

“Women have always been at the core of the business,” says Michelle Adorjan Chila, senior vice president of marketing and public relations for diamond jewelry and bridal brand Tacori. “But I will definitely say that in the past two to three years, we’ve had an even more radical shift in our understanding about who this customer is and what she responds to.”

Like Stanley at Forevermark, Chila admits that navigating ways to insert her brand into the current cultural conversation, which is bubbling with pressing political and societal discourses, has been a major challenge. 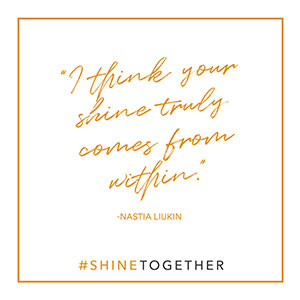 “How do we as a brand have something to say that matters?” she wonders. The answer, many times, has been to champion female-centric causes that are important to both the company and its consumers. For example, last year Tacori sponsored Marie Claire’s Power Trip, an event that gathered 100 New York City–based female execs, founders, and influencers in San Francisco for seminars. And in March, Tacori announced that it’s the launch partner of a new organization and initiative, Shine Together, that celebrates women’s accomplishments and helps create opportunities for women around the world. Tacori’s part in the #ShineTogether initiative was detailed in posts on the brand’s social channels and on the company’s website.

“Women today are choosing jewelry and brands that speak to who they are,” Chila says. “Our future campaigns will be centered around women leading their best lives. It can look like a variety of things—we’re not married to the idea that it has to be one type of girl or relationship, or any relationship at all. We’re taking our cues from real women.”