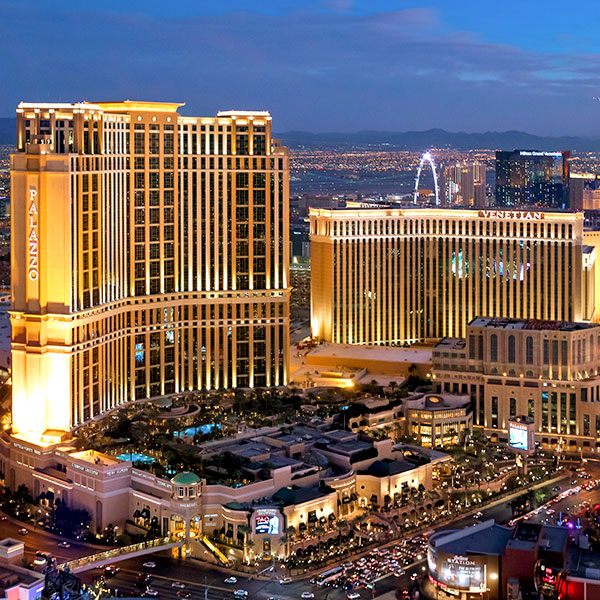 A lot has changed on the north end of The Strip in the eight years JCK Las Vegas has been away. Here’s the scoop.

Luck may come and go in Las Vegas, but one ­constant is change. With new casinos, new restaurants, new nightclubs, and new diversions around town, whole chunks of Sin City will look seriously different than they did during even last year’s JCK Las Vegas.

To help you eat and drink your way around JCK Las Vegas’ new home—the Sands Expo and the Venetian Resort—we’ve put together a guide to all the can’t-miss spots in and around the show. But we couldn’t stop there. We also hit up the latest and greatest hot spots elsewhere on The Strip and around town.

On Campus: At the Venetian Resort Las Vegas

Where to drink: Under mixologist Sam Ross, the Venetian Resort Las Vegas—the new umbrella name for the Venetian and Palazzo hotels—has become a force on the Vegas craft cocktail scene. All told, the Venetian’s Cocktail Collective operates three bars in the casino resort. The newest of the bunch, Electra Cocktail Club, sits right on the Palazzo casino floor and is famous for its tiki-style concoctions such as a peach daiquiri with white rum, rhum agricole, peach, and lime, and The Trouble Maker, with vodka, sweet vermouth, cucumber, lemon, and strawberry.

Also in the Palazzo is Rosina, a smaller, quieter, and more private haunt with tufted-leather booths, a secret mint julep menu, and a button you push whenever you want Champagne (seriously).

The flagship is The Dorsey, a lively (sometimes downright hopping) bar just off the casino floor at the Venetian. This is where Ross himself patrols the scene, mixing up shareable punch bowls and orders of the best-selling Penicillin with scotch, fresh lemon, ginger, and honey. If you order one drink on the property, make it this one. Even if nothing ails you, you’ll feel better in the morning.

Where to eat: Vegas foodies lost their collective minds in late December with the opening of Mott 32, the first U.S. outpost of the iconic Hong Kong eatery. The restaurant, on the casino floor at the Palazzo, features a host of culturally significant dishes, including bird’s nest soup, dim sum, and Peking duck, which guests must order two days in advance. It’s also just a beautiful space—designer Joyce Wang merged New York industrialism with classic Chinese touches.

Elsewhere at the Venetian complex, the trattoria-style Factory Kitchen opened late last year and has been wowing diners with its handkerchief pasta ever since.

For something totally different (or to nurse a nasty hangover), check out the comfort food at Black Tap. The Vegas outpost of this New York chain offers a host of burgers and fries and is famous for its milkshakes, which can be made with booze.

We’d be remiss not to mention SushiSamba, the Peruvian-Brazilian-Japanese fusion joint in the Grand Canal Shoppes. The steak-and-sushi restaurant has existed for the better part of a decade, but the flavors are still as fresh as ever. 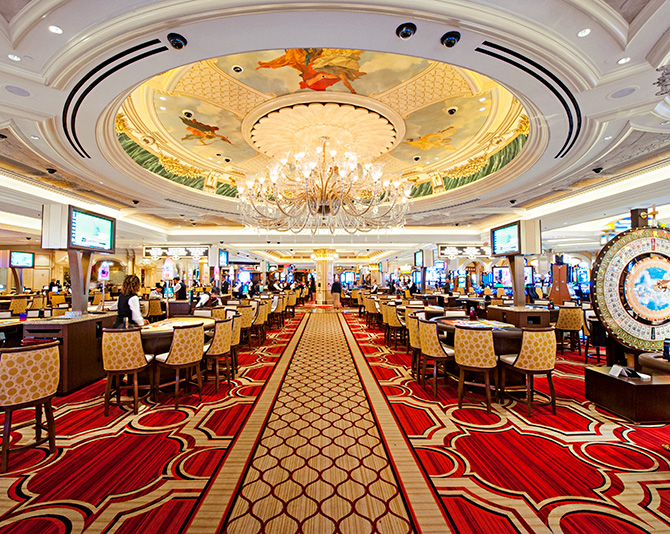 What else to do: Gamblers at both the Venetian and Palazzo will notice newly added group baccarat and blackjack environments, where one live dealer manages multiple players betting from independent wagering stations connected by video. The Venetian also has Fortune Cup, the modern (and super high-tech) version of Sigma Derby, a coin-operated horse-racing game. Human Nature, a musical group composed of four men, thrills crowds with its seemingly limitless range of genres—the current Jukebox show incorporates everything from doo-wop and soul to pop. We dare you to resist the urge to dance.

Off-Campus: Elsewhere on the Strip and Around Town

Park MGM is all new: Toward the end of 2018, the property formerly known as Monte Carlo officially became Park MGM, and the revamped resort bears almost no similarity to its predecessor.

Newcomers include Vegas outposts of Bavette’s Steakhouse & Bar and Eataly; Best Friend, a Korean barbecue joint from beloved Los Angeles chef Roy Choi; On the Record, a nightclub from L.A. nightlife impresarios Mark and Jonnie Houston; and a theater that opened with a Lady Gaga residency. There’s also a new NoMad Restaurant and the NoMad Bar, which hosts a delicious and lively Sunday jazz brunch.

Palms gets a makeover: Back in the 1990s, the Palms Casino Resort was the hottest spot in town. Thanks in part to a makeover with a price tag of more than $600 million, new owner Station Casinos hopes to get the Palms rocking again.

Among the draws: the resort’s 2.0 version of Vetri Cucina, which boasts the Vegas debut of Philadelphia chef Marc Vetri; Sara’s, a 45-seat supper club from chef Michael Symon; and a modernized Pearl ­performing arts venue. Perhaps the gem of the new Palms is Mr. Coco, a luxury cocktail lounge tucked away in the Fantasy Tower.

Bellagio goes Insta-crazy: The newest exhibit at the Bellagio Gallery of Fine Art is an infinity-mirror room from Japanese artist Yayoi Kusama. Yes, the installation makes for great Instagram pix, but it’s also a little bit like sex as a middle-ager—you wait in the queue for 15 minutes and have 45 seconds of glory until it’s over.

Cosmopolitan has a secret: The newest foodie destination at The Cosmopolitan of Las Vegas is five eateries in one. Block 16 bills itself as an “urban food hall” and boasts doughnuts, hot wings, and hand rolls, to name a few. Pro tip: Look for the back door bearing the image of a donkey to gain entrance to a tequila and mezcal speakeasy named Ghost Donkey. You’re welcome.

Wynn/Encore attracts an icon: Wynncore survived Steve Wynn’s #MeToo scandal and opened the new Wynn Plaza Shops in late 2018. Without question, the big attraction here is a Vegas outpost of Cipriani, an Italian restaurant that prides itself on being the birthplace of the Bellini (the peach and prosecco ­cocktail invented in 1948 at Harry’s Bar in Venice by Giuseppe Cipriani).

Palace Station adds swagger: Movie lovers will adore the latest addition to the newly renovated Palace Station Hotel & Casino, just east of The Strip: a high-definition theater with recliner seats, a full bar, a full menu, and table service to boot. The property still houses The Oyster Bar, an 18-seat raw bar where regulars wait hours for a spot.

Downtown Las Vegas gets high: Downtown Vegas remains a ­favorite destination, and two attractions are drawing plenty of attention. The newer one, Cannabition—a museum dedicated to all things ­cannabis—­features a 35-foot bong.

The other, The Underground, which sits beneath the Mob Museum, brews its own beer, and is designed to replicate speakeasies from the 1930s.

Plus…anger-management alternatives: Las Vegas recently added two other attractions for those who need to blow off steam: Sin City Smash, where guests pay to inflict rage on a room and its contents, and Axehole Vegas, an ax-throwing club that serves beer and wine. After days of working the show floor, consider these your therapy.