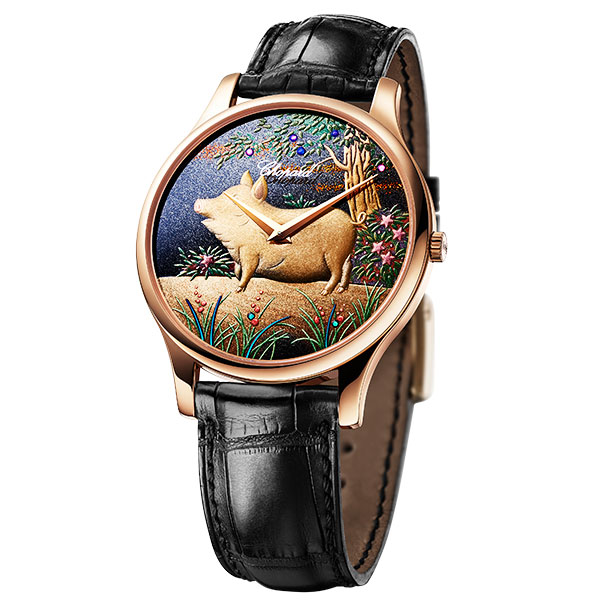 In the traditional Chinese zodiac calendar, the pig is a generous, fun-loving creature that symbolizes prosperity. But the spectacular swine decorating the new Chopard L.U.C XP Urushi Year of the Pig timepiece could just as easily represent the pinnacle of horological craftsmanship. The picturesque watch, created in a limited series of 88, was fabricated using Urushi, the ancestral Japanese art of lacquerware—under the watchful eye of Kiichiro Masumura, the most ­renowned Urushi artist in the world and a bona fide Living National ­Treasure in Japan.

Chopard’s pig—and its intricate outdoor background—was decorated with a varnish that hails from the urushi tree, which grows in both Japan and China. Its resin is harvested once a year in small quantities, but has to sit for three to five years before it becomes a honey-textured lacquer, ready to be applied in ultrafine successive layers.

The dials of all 88 Year of the Pig timepieces were crafted by Urushi grand master Minori Koizumi in the Japanese city of Sabae, where artisans also cut and anchored pieces of meticulously shaped shell to make the design slightly 3-D. Each dial’s creation necessitated more than a dozen application stages, which included sprinklings
of gold dust.