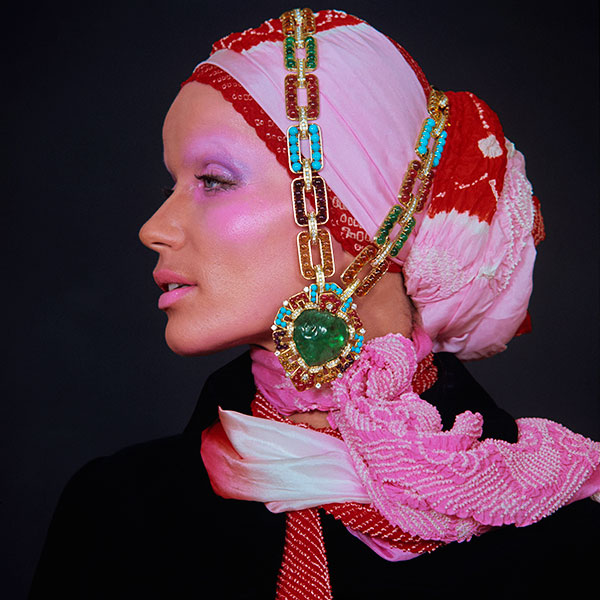 When members of Bulgari’s Heritage Department acquired this sautoir at a 2018 Sotheby’s auction, they learned that the previous owner was a Geneva resident named Patricia Bemberg. To find out more about its provenance, the brand’s historians contacted Bemberg, then 93 years old. She told them she’d received the jewel as a gift from her husband around 1973, during a trip to Rome for their 23rd wedding ­anniversary. Now permanently housed in Bulgari’s archives, the iconic piece is an exemplar of the Italian jeweler’s 1970s-era inspirations: Pop Art, the Far East, and the print-splashed fashions of the day. The chain—set with cabochon rubies, amethysts, ­citrine, topaz, turquoise, emeralds, and diamonds—can also convert to form two bracelets. The design reveals several enduring Bulgari signatures: pairings of precious and semiprecious gems, geometric chain links, and the sautoir silhouette itself, a staple of the house’s high jewelry collections to this day.