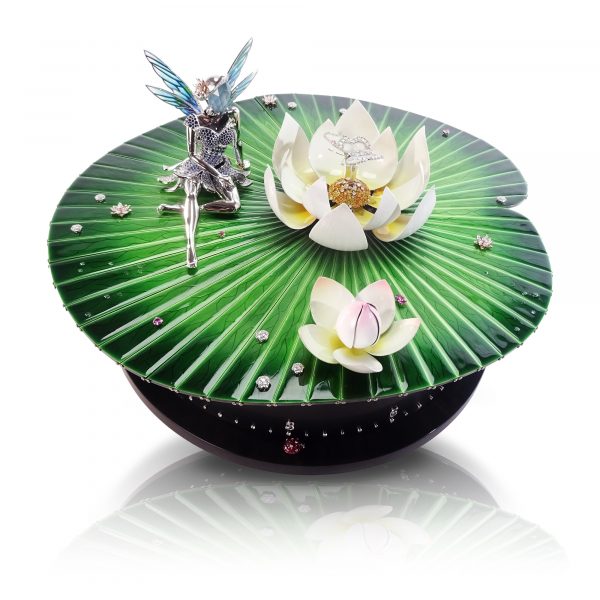 The 19th century was the golden age of automata—playful ­mechanisms that feature a concert of moving parts—but don’t tell that to Van Cleef & Arpels. In January, the jewelry- and watchmaker introduced its first extraordinary object, the Automate Fée Ondine. Conceived more than eight years ago, the mechanical wonder depicts a bejeweled fairy that comes to life for about 50 seconds in a remarkable display of animation. “Watchmaking today is about issues like distribution and currencies,” says president and CEO Nicolas Bos. “But at the end of the day, the reason customers are fascinated by the pieces we offer is because of this type of fairy-tale experience.”

More than 20 artisans—including jewelers, lapidaries, cabinetmakers, enamelers, and automaton maker François Junod—were involved in the Automate Fée Ondine’s creation. In a film about its making, one testifies to the all-encompassing nature of the project: “You don’t notice the days pass, or the months, or even the years.”

The manual-winding mechanical automaton movement combines a retrograde hour display and animation on demand to create a whimsical scene including fine details such as an enameled water lily leaf that appears to ripple with the breeze. And it tells time too!