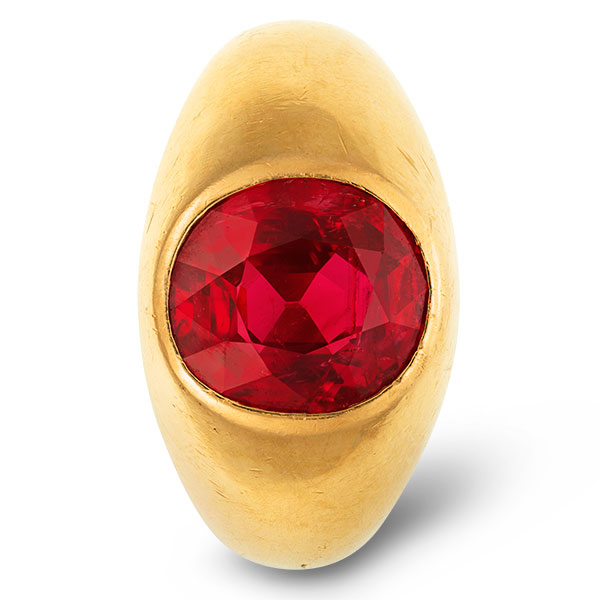 On Feb. 1, the Burmese military seized power in the country, also known as Myanmar. Within weeks, the U.S. Department of the Treasury began imposing sanctions on its government. Because the Burmese military gets a lot of revenue from gem sales, the colored stone sector was a natural starting point.

On Feb. 18, the Treasury’s Office of Foreign Assets Control (OFAC) added three Burmese gem sellers to its Specially Designated Nationals (SDN) list. Companies based in the United States are not allowed to deal with any SDNs, and sanctioned companies aren’t allowed to do business in the United States. One month later, the OFAC slapped sanctions on two more Burmese companies that reportedly sold gems.

According to the U.S. Treasury, MGE is “responsible for all gemstone activities in Burma,” and organizes the local emporiums and sales where rubies and jade are commonly sold—which means this effectively bans the sale of all rubies, jade, and other gems from Burma in the United States.

All of which has raised a lot of questions—and very few answers.

Under OFAC rules, says Sara Yood, deputy general counsel of the Jewelers Vigilance Committee, “not only can U.S. businesses not purchase gemstones directly from these entities, but they also cannot buy gemstones from other sources that originated from these specific entities.” So if dealers buy Burmese gems even unwittingly, through a third party, they may have violated U.S. sanctions and risk possible penalties.

It’s unclear what those penalties are, explains Douglas Hucker, CEO of the American Gem Trade Association. Still, he says gem buyers must take steps to protect themselves and ask questions when purchasing rubies or jade—especially when buying from Thailand, a major wholesale market for Burmese gems. “Dealers may have to make an extra effort to ask their suppliers or get some kind of paper trail to find out where this material comes from,” he says.

Yood recommends consulting the Organisation for Economic Co-operation and Development’s Due Diligence Guidance (duediligenceguidance.org) for tips on questions to ask.

Of course, gemstones, like other raw materials, aren’t easy to track. While the public commonly views Burmese rubies as big spectacular stones, the country also produces a lot of melee—­often unearthed by artisanal ­diggers who sell it outside formal channels. “When you have a large, high-value gemstone, you might be able to trace a ­provenance around it,” Hucker says. “But with smaller goods, it’s a lot harder.”

Another frequently asked question: Can dealers sell Burmese rubies and gems purchased before the sanctions took effect? Yes, says Hucker—though it’s possible they may have to produce paperwork to prove when they were purchased.

All of which places a difficult—some say impossible—­burden on the gem trade. Hucker says the industry has no choice but to try to comply. “Ruby is not the bad guy,” he says. “The [Myanmar] government is the bad guy. But we don’t run the government there, or here.”