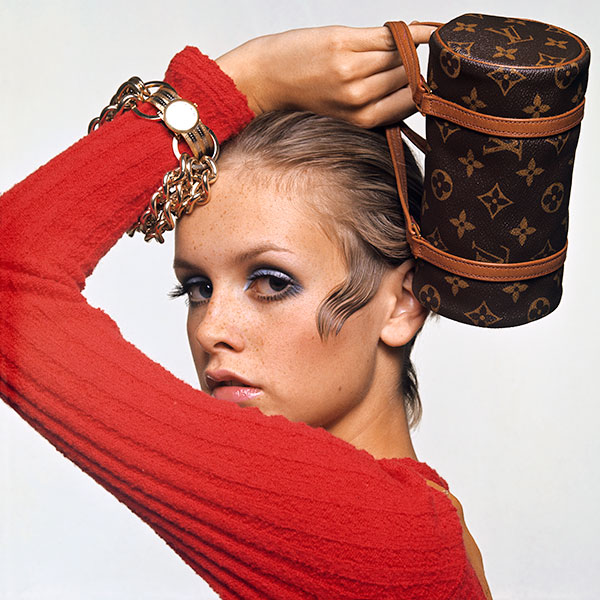 In 1967, Vogue captured teen model Twiggy in the ultimate wrist shot This photo of gamine model-of-the moment Twiggy appeared in the November 1967 issue of Vogue, in a feature called “What Makes Fashion Tick: Accessories to Watch.” The budding British cultural icon wore a wool chenille jumpsuit by Pattie Tuttman for Silverworm, accessorized with a cylindrical Louis Vuitton roll bag. Her jewels—a chunky Oster for Paraphernalia chain bracelet looped around a Vacheron Constantin watch on a metal bracelet—are oversize and high-gloss, both hallmarks of mid-1960s jewelry design. As the decade wore on, the jewelry aesthetic became more rustic-feeling and nature-­inspired, a reflection of the hippie counterculture (explained in the article “Love, Mysticism, and the Hippies” in the same ­issue). The Twiggy spread, which also included a pic of the model with her trim torso wrapped i