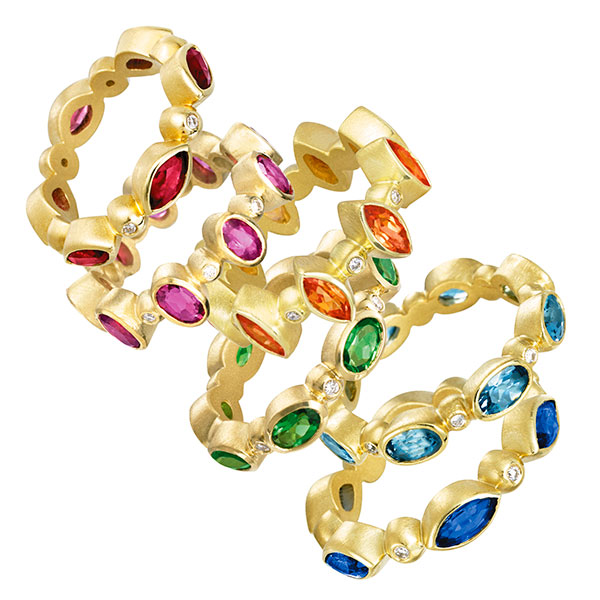 Jewelry designers, gem dealers, and longtime showgoers tell us how to do Tucson right

Set a budget, work from a shopping list, and stick to it as best you can.

And don’t worry about what everyone else is buying—FOMO shouldn’t be your M.O. Take it from NYC–based designer Suzy Landa, who has exhibited her jewelry at JCK Tucson and also spends time walking the gem shows. “I see loads of fellow designers hurrying down the aisles of the shows, and trying to buy privately,” she says. “Many seem overly concerned with potential competition for the ‘it’ stone, but that never crosses my mind. The endless supply of gems in Tucson offers plenty for everyone.” 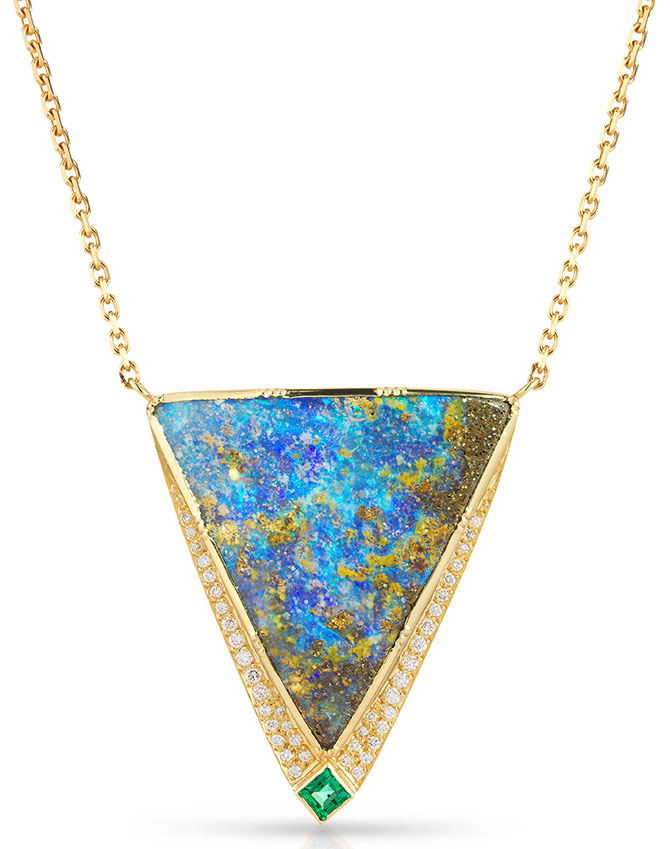 2. Find the Right Shows and Pros

That Tucson gem show guide available at the airport and in the hotels? Use it to determine the shows you want to hit. But avoid spending an entire day (and possibly blowing your entire budget) at one venue. “I usually visit about four to five shows total, but do most of my buying in only two venues,” says Los Angeles– and London-based designer Brooke Gregson, who also exhibits at JCK Tucson.

Most designers have a network of suppliers they regularly do business with, but if you don’t, personal recommendations and introductions from your peers are invaluable. Instagram is also a great place to discover potential partners. Just do your due diligence as far as checking references to assess the quality of dealers’ product and the fairness of their pricing.

“I’ve found that I gravitate to a very small group of random dealers who tend to specialize in a certain stone, are as picky about quality as I am, presume I’m at least somewhat educated about the stones, and don’t give me the subsequent hard sell,” Landa says. “And they don’t mind if I spend far too much time with tweezers in hand matching sets of stones.” 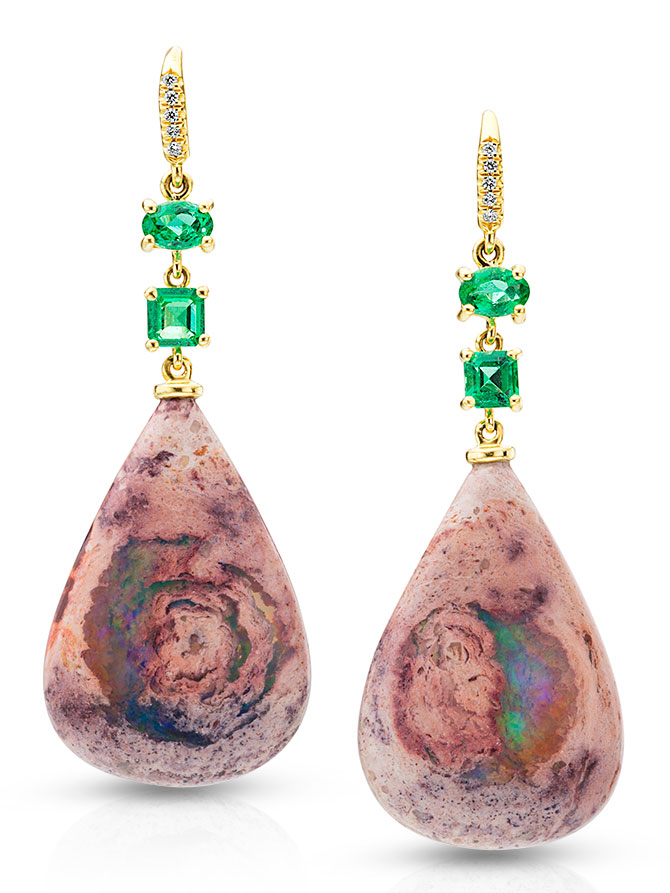 “For me, the pure joy of Tucson is the new material and stones that I find,” says designer Lauren Kessler of Lauren K Fine Jewelry in New York City. “I love when something catches my eye that I haven’t seen before.”

Consider shopping the smaller, random gem shows that pepper Tucson in addition to the ones that draw the biggest crowds. Dealers that come a great distance—from, say, Australia or Brazil—need to maximize their time in the United States. So they prefer to sell for a longer period of time (two weeks or more) versus exhibiting at a single four- to six-day show. That means setting up shop at the smaller, low-key, and often lesser-known venues.

“The bonus for shoppers like me is an uninterrupted first look at the selection before it’s been picked over, and likely at far better prices,” Landa says.

Just be willing to plow through a lot of junk. Finding the treasure can be a bit like combing the stalls of a flea market, but well worth it if you’re up for the extra effort required.

If you’re buying at the highest level and come across an exceptional, beautiful stone that’s priced a little out of your comfort zone, go for it anyway.

“I’ve had beautiful stones that took a while to sell, but I never regretted buying them because I could stand behind them knowing that they’re special,” says longtime Tucson gem buyer Walter McTeigue, co-owner of McTeigue & McClelland in Great Barrington, Mass.

Meanwhile, McTeigue can recall plenty of stones he’s passed on, including an 8 ct. cushion-cut sapphire he thinks about more than 30 years later. “I went back to the dealer’s office the next day, and it was sold,” he says. “It still kind of haunts me.”

Don’t buy based on a stone’s grading scale.

“Confidence in your gut when gem buying goes a long way,” Gregson says. The ability to act quickly and decisively will serve you well because you’ll waste little time worrying that there’s something better at the next booth.

The only drawback? “If I love a stone, I generally buy it,” Kessler says. “No matter what my budget is going into Tucson, I am well over it by the end of day one.” 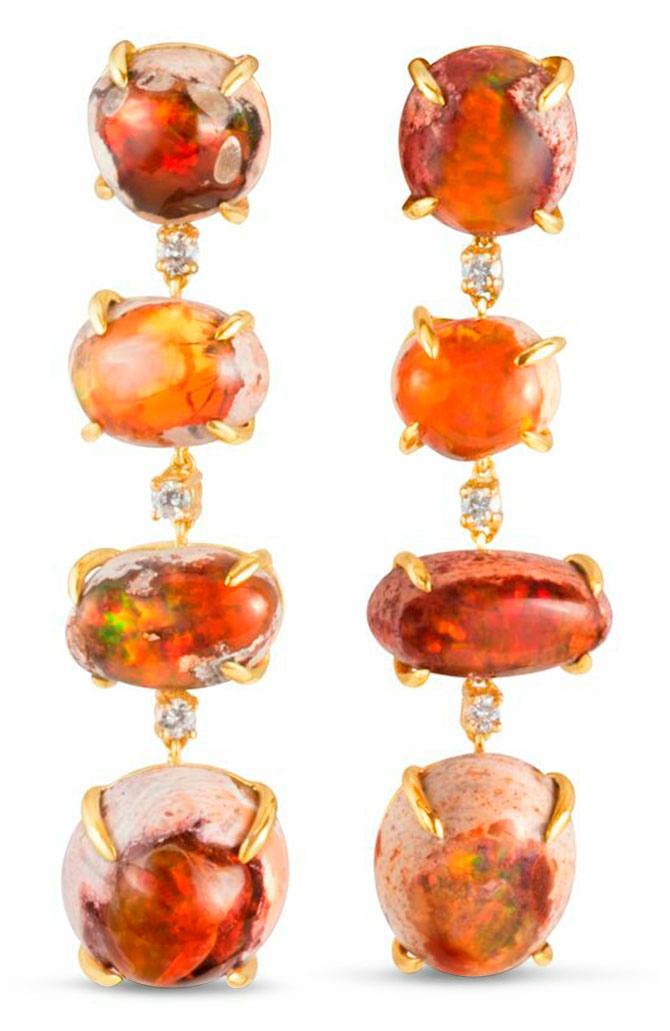 If you’re looking for bargains, there’s no way to know exactly where they’re hiding because it changes every year. But designers agree that no matter the show, the best deals occur at the end—as in last day, last few hours.

That’s been the experience of Los Angeles–based designer Melissa Spalten. “Some dealers will be packing up already,” she says, “but many are ready and willing to bargain away inventory rather than send it back home.”

Heed these reminders for the best Tucson gem week experience:

• Allow a minimum of three days; five is ideal.

• Stay as close to the shows as possible and reserve early—hotels book up way in advance.

• Register before you get to the show to avoid waiting in line.

• Hydrate often—remember, you’re in the desert!