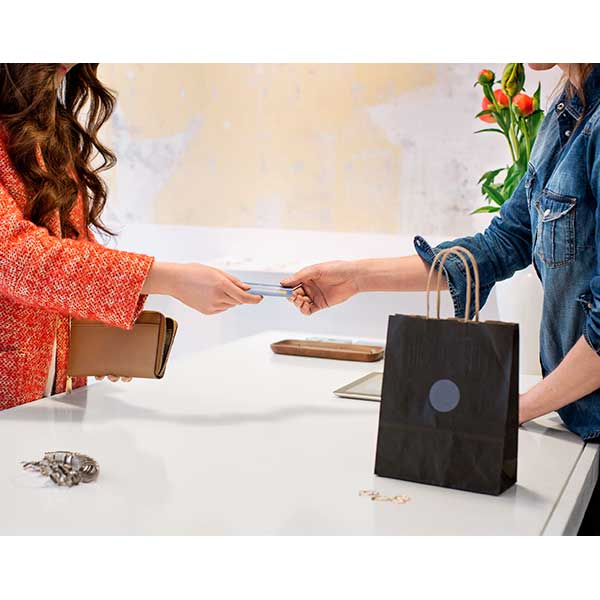 When the issue of returns comes up, David Audette, co-owner of M.R.T. Jewelers in East Providence, R.I., sighs deeply.

For years, M.R.T. held a forgiving return policy, one that ­honored multiple generations of customers at the century-old store. “We’d even take back custom-built pieces if we felt we could use certain components again,” Audette says. “There was no way we could’ve been more liberal than we were.”

Now, however, Audette is rewriting M.R.T.’s return ­policy, carefully crafting guidelines to better insulate the business from losses. “The goodwill we’ve extended to customers hasn’t ­necessarily been returned,” Audette explains. “Jewelers need to take measures to protect themselves, and we’ve been lax to do that.”

Overall retail sales this past holiday season approached $692 billion, according to the National Retail Federation. Optoro, a logistics provider that helps companies manage ­returned merchandise, estimated that 13 percent of those purchases would be returned to stores.

“A forgiving return policy is like insurance to customers—hopefully, they don’t need it, but they sure like knowing it’s there,” says Waqas Saeed, operations manager at Sacramento, Calif.–based Sharif Jewelers.

Department stores such as Kohl’s and Nordstrom as well as online jewelry outlets including Blue Nile and The Jewelry Exchange all tout rather lenient return policies. Blue Nile, for instance, provides 30-day returns alongside free, insured shipping. Those actions feed into consumer expectations. Some customers make purchases knowing they might return an item, and many expect stores to bend to their needs even if a return falls out of bounds.

For many jewelers, the prevailing marketplace reality puts them in a bind: Meet consumer expectations, occasionally at the expense of the store’s bottom line, or risk alienating customers.

At Long’s Jewelers, a five-store, New England–based chain, president Craig Rottenberg reviews the company’s return policy on an annual basis, specifically considering competitors and customers. Over the past five years, Long’s has ­increasingly erred on the side of accommodating customers. Today, customers have 30 days to return merchandise in the same condition in which it was purchased.

“That can make for some challenging days in January when we see a lot of holiday returns,” Rottenberg says. “It’s only human to ask if this makes sense.”

But rather than rejecting consumers’ escalating penchant for returning merchandise, Long’s embraces it to spur long-term business. “We don’t mind accepting returns so long as it’s not abused and in the spirit of serving customers,” Rottenberg says.

When Blumenthal arrived at Corinne Jewelers 15 years ago, he shuddered at a “very restrictive” return policy and responded by initiating a no-questions-asked, 30-day policy for all merchandise presented in its original condition.

“The net of it is that we’re not here for a one-time sale but for many sales over a lifetime, and we can’t have policies ­running against this,” Blumenthal says, adding that customers consequently see Corinne Jewelers as a “risk-free” shopping experience.

“The biggest hesitation we see at the counter isn’t price, but rather if the recipient will like the piece,” Blumenthal says. “When we say risk-free return, you can almost see the nervousness evaporate.”

Similarly, Turgeon Raine, a luxury jeweler in downtown Seattle, offers a 30-day, no-questions-asked return policy for any item purchased out of its stock. “With the jewelry business being so gift oriented, it’s hard for someone to spend a lot of money if this type of policy isn’t in place,” cofounder Jerry Raine says.

When a client presents a return, Turgeon Raine accepts the product back with a smile. Raine says today’s customers expect no-hassle returns, and making them clear hurdles or justify themselves to multiple people only frustrates. “Upset a client and that goes against you in the long run.”

Still, retailers cannot realistically cater to every whim and must draw some lines.

Sharif Jewelers places a 14-day limit on any return, requiring items to be in new and unworn condition. New watches and gold bullion, moreover, are final sales. Sharif Jewelers does permit exchanges, an olive branch of sorts.

“We wrote our new policy in a way that we’re covered,” Saeed says, adding that revising the return policy was a ­multiyear effort at the family-owned business.

While return policies differ from one retailer to the next, particularly in the Wild West world of e-commerce, one element is nearly ubiquitous: Special orders and custom pieces are not returnable. Many stores definitively communicate that on their receipts, order forms, and websites.

“It’s a poor business model to be bogged down by custom pieces that are returned, so you have to make this ­explicit,” M.R.T. Jewelers’ Audette says. “The bottom line: We all have to protect our businesses.”

JCK5: Point of No Returns

Before handing over money for returned product, savvy jewelry retailers make sure they’ve got their bases covered:

1 / Talk with suppliers about the store’s return policy, and solicit their cooperation toward delivering a positive shopping experience.

2 / Remain cordial when accepting returns. “You don’t want to make the customer feel bad, awkward, or embarrassed to return an item,” Corinne Jewelers’ Ryan Blumenthal says. “That can be a killer.”

3 / Inspect the piece to verify its condition and that the returned item is precisely what was sold.

4 / Confirm proof of purchase at the store, including total cost, payment method, and purchase date.

5 / Attempt to ascertain the reason for the return. “Often, it’s something we can address,” Long’s Jewelers’ Craig Rottenberg says.