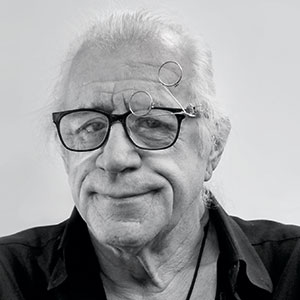 Dan Gendron, a retired watch repair specialist based in Colorado Springs, Colo., comes from a stunningly long line of watch repair specialists—the men in his family have been rebuilding and resuscitating timepieces for nine consecutive generations. Gendron’s son Jesse recently took over his business, Colorado Timeworks (timeworks.biz). But Dan and his wife, Sheila, are still writing books—the latest: a 575-page book titled Time to Make Money With Watch Repairs—and producing an ongoing series of videos on subjects pertaining to watch repair. 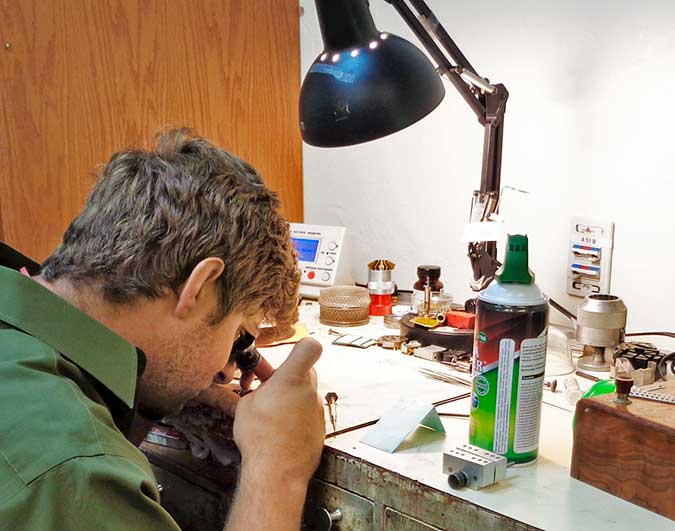 What would you say has been your most indispensable tool as a watch repair specialist?

My loupe was the most valuable tool. If you can’t see something, you can’t fix it. When I used to teach watch repair classes, the hardest thing to get people to do was to look—really look. You wouldn’t grade a diamond at arm’s length.

What was the oldest watch you ever worked on?
A type of watch called a fusee that was from the late 1600s. They made them up through the 1800s. They were based on the designs of Leonardo da Vinci. I had to clean it and put a mainspring in it. We got the watch the way we get a lot of old watches—in parts inside a tin box, because a jeweler had worked on it and given up.

What are the most complicated watches to work on?
Anything antique requires a really deft hand. And parts are the problem. We’ve been saving parts for watches for three generations now, but we still run into stuff we don’t have. EBay is a really good resource for that. 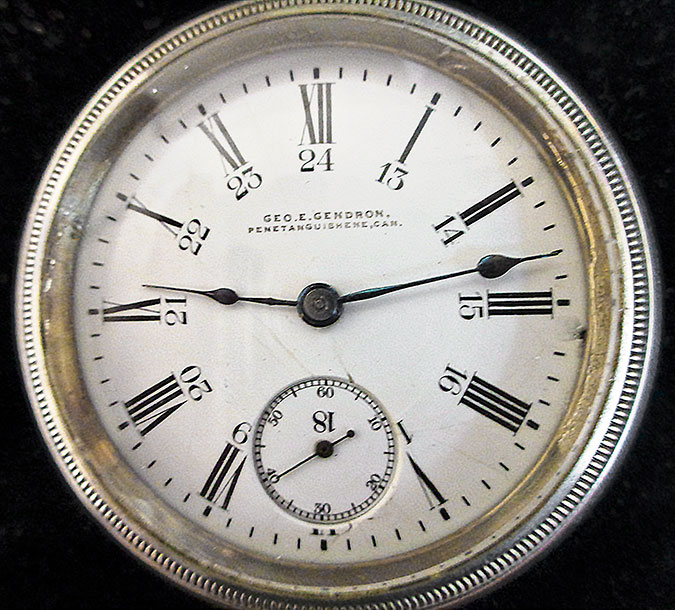 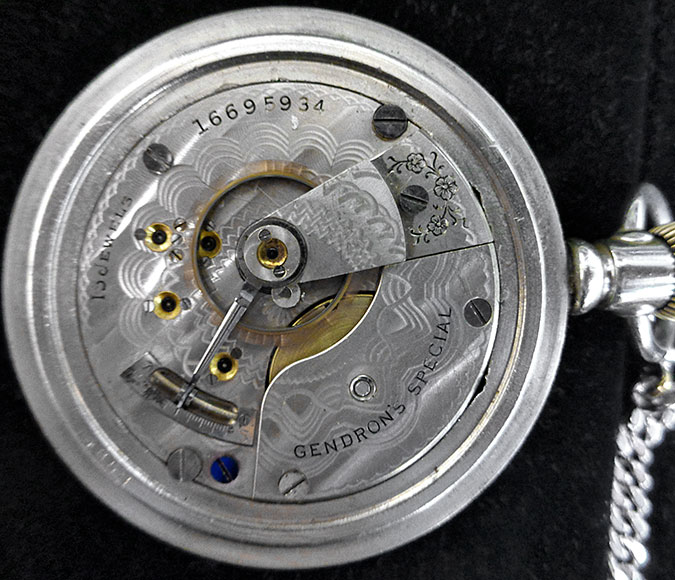 Is there any watch you and Jesse can’t fix?
I haven’t run into that much. When we don’t fix something, it’s more of an economic thing than a skill thing. An example would be a really old ladies’ Bulova watch that has no parts for it anywhere. You’d have to make the watch parts, and that’s expensive. We do encounter that from time to time—someone says, “Damn the torpedoes, we don’t care about the price.” When you’re selling repairs, you’re not selling what you do. In most cases you’re selling memories. Jewelers far too often make a judgment call about a piece. They’ll say, “Oh, that’s a piece of crap not worth fixing.” But the real value of a watch has nothing to do with the intrinsic value.

(From top) Timepiece specialists Dan Gendron and his son Jesse Gendron; a Gendron’s Special, a pocket watch built by George Gendron, one of Dan and Jesse’s forefathers, several generations ago