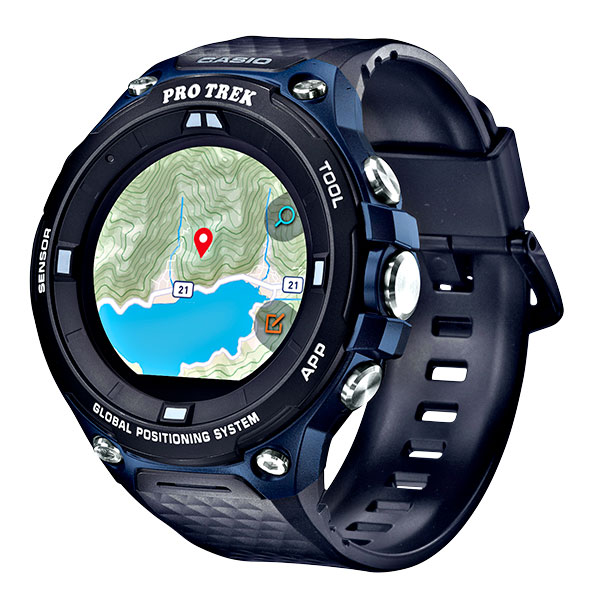 WHO, WHAT, WEARABLE Casio WSD-F20A Looking to stock a rugged smartwatch for your adventure-loving clients? The new Casio WSD-F20A, which runs on the newly coined Wear OS by Google (formerly Android Wear), is worth considering. The latest ­addition to Casio’s PRO TREK series of outdoor watches features Casio’s rock-solid GPS software, which includes the ability to tap into low-power GPS and full-color maps with navigation even when the watch is offline. The device itself can survive harsh weather (down to –10 degrees Fahrenheit) and the ­occasional hard hit—its build passes U.S. military muster for durability. What we liked: The WSD-F20A is the Swiss army knife of smartwatches: It’s packed with tools you may never use but appreciate having on hand—such as a digital compass, altimeter, barometer, activity tracker, accelerometer, gyrometer, and microphone. They’re all e