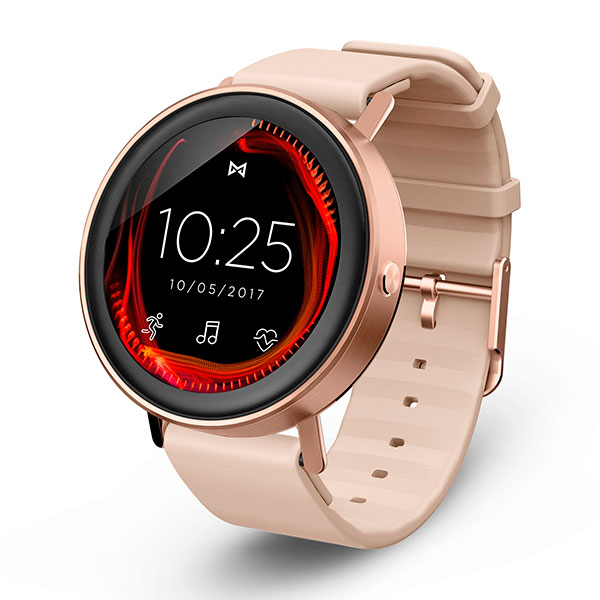 Seminal wearable brand ­Misfit ­debuted its first full-featured ­smartwatch, the Misfit Vapor, late last year. The $199 device runs Google’s innovative Android Wear 2.0 software right out of the box, ­allowing wearers to ­access the ­Google Play store and use native apps ­(including a stand-alone music player) without having their smartphones nearby. The watch boasts a ­minimalist,­ gender-free design that comes in several ­colorways, including jazzy combos such as a rose gold bezel with a navy strap and a copper-toned bezel with a black strap. 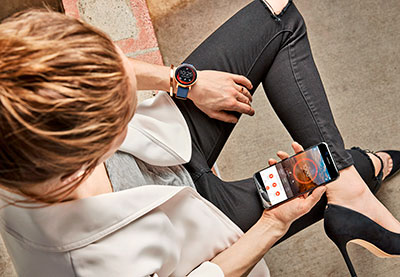 What we liked: The Vapor is as feature-filled as the Apple Watch, but costs significantly less. The roomy touch screen alerts users to emails, calls, texts, and app notifications (through vibration or alarm) and facilitates easy access to countless tools and apps, including Google Fit and a heart rate monitor, from day one.

What we didn’t like: There’s no built-in near-field communication (NFC) reader, so the watch doesn’t support Android Pay, which is a curious oversight. And the watch’s battery life maxes out at less than two days (one, with heavy use).

Best feature: The Vapor’s prominent bezel has attracted some side-eye from lovers of bezel-less designs such as the Apple Watch. But I like it; it reminds me of vintage Swatch designs. Plus, the ring is actually a touch-sensitive tool: You can scroll content by swiping a finger around it. ($199.99; misfit.com)

The Misfit Vapor boasts a heart rate monitor and is water-resistant up to 50 meters.

Flipping through hundreds of emails on your phone to locate flight and travel details can suck up more time than a Netflix binge (and it’s far less fun). Skip the digital scavenger hunt on your next trade show trip and download TripIt, an app that consolidates your travel plans into a single master itinerary you can access at any time and on any device, regardless of the website you used to buy your ticket. It’s easy to use—just forward TripIt all your travel-related emails, such as flight and hotel reservations, and the app will create your itinerary. In transit, you can check departure times and delays, find directions to the airport, and even view weather reports directly on the app. TripIt works with iOS, Android, and Windows, and on Macs and PCs. (Free for basic TripIt, $49/year for ad-free TripIt Pro; tripit.com)

Jeweler Jason Stinchfield is known for making incredible rings from historical and modern coins that retain their original markings even after being refashioned into smooth and wearable bands. His tool brand, Jason’s Works, creates a kit that gives jewelers everything they need to create coin rings of their own, including an auto housing with a tapered interior that provides a precise center punch, and punches and dies made to work specifically with that housing. All the tools stay neatly organized in a solid red oak rack. ($526.95; riogrande.com)