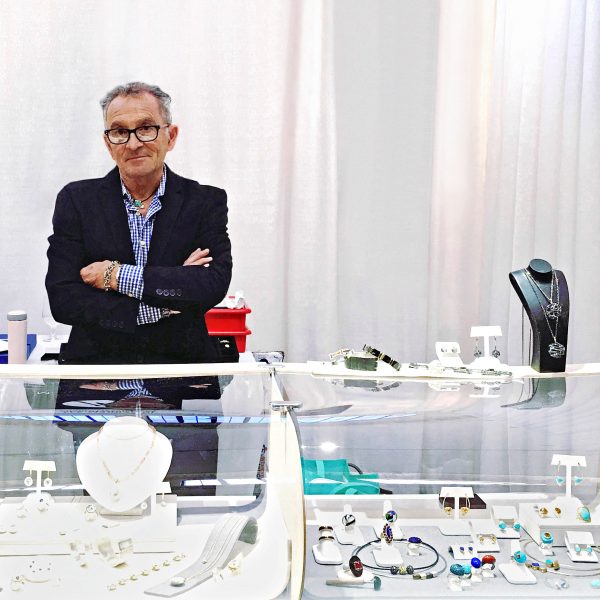 Lee Angelo Marraccini runs in two separate worlds. Since 1999, Marraccini has owned Angelo, a contemporary ­jewelry gallery in Charlottesville, Va. During that same 18-year period, Marraccini has also participated in five to six art fairs each year, the continuation of an endeavor he first began in the 1970s. For Marraccini, trading his brick-and-mortar existence for an art show booth has provided him a personal touch point with the market­place, ­spurred the creation of designs, and generated new business. “I can sell a lot of pieces at a fair that would take me a long time to sell in Charlottesville,” says Marraccini, whose original creations range in price from $300 to $7,000. As summer and fall bring an array of festivals and fairs to communities across the United States, jewelers—particularly those claiming their own designs—­might consider following Marracci