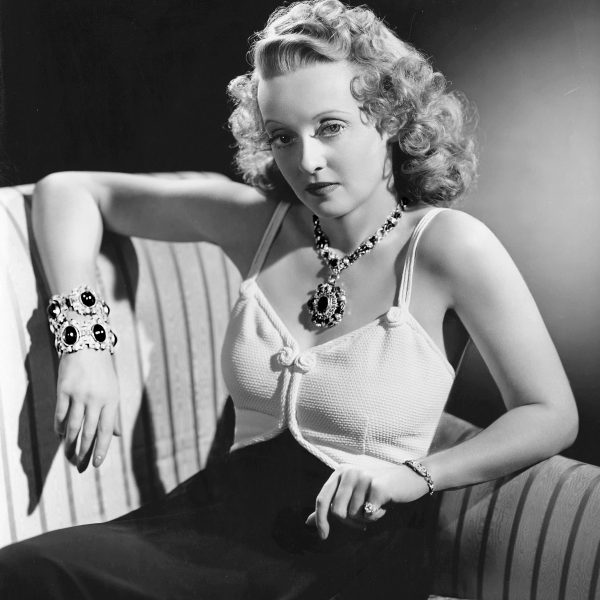 Before Tiffany or Cartier ruled the red carpet, a onetime ad exec held the title of Hollywood’s jeweler to the stars—on- and off-screen In the midst of the Great Depression, ad exec Eugene Joseff moved from Chicago to Hollywood, a place that hadn’t hit hard times. There, he told his costumer pal Walter Plunkett that the industry was sullying itself by not using historically accurate jewelry. “Well, if you’re so smart, let’s see what you can do,” Plunkett replied, according to Joanne Dubbs Ball’s Jewelry of the Stars. Soon Joseff of Hollywood was providing the bulk of the costume jewels for such films as Gone With the Wind and Camille. For this 1939 Warner Bros. publicity shot, Bette Davis wore Joseff’s chunky necklace and cuffs. (That year, she starred in The Private Lives of Elizabeth and Essex, which boasted the highest costume budget in Warner’s history.) Once s