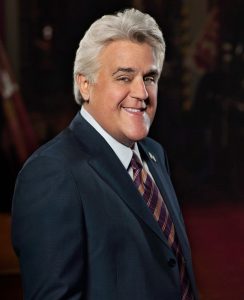 Led by keynote speakers Jay Leno and Sugar Ray Leonard, the program for this year’s American Gem Society Conclave, which takes place at the Loews Hollywood Hotel April 5–8, skews “a little less somber and a little more entertaining” than last year’s event in Washington, D.C., says AGS president-elect John Carter. But, as with all Conclaves, attendees can expect a conference dedicated to serious business topics.

“Our breakout sessions and networking events are better than ever,” says incoming AGS CEO Katherine Bodoh, highlighting an April 6 ­breakfast keynote by Scott McKain, a customer-experience expert and author of 7 Tenets of Taxi Terry.

Still, Carter—who is bringing his wife, Ketti, and their two kids, 5-year-old daughter Lila and newborn son Leo, to Los Angeles with him—says the best part of Conclave is how many social opportunities it affords retailers. “The single greatest benefit of attending Conclave is having a drink, going to a session, or just mingling with people in the hall,” says the owner of Jack Lewis Jewelers in Bloomington, Ill. “You’re not there to spend money or to sell. You’re there to learn and to share.”