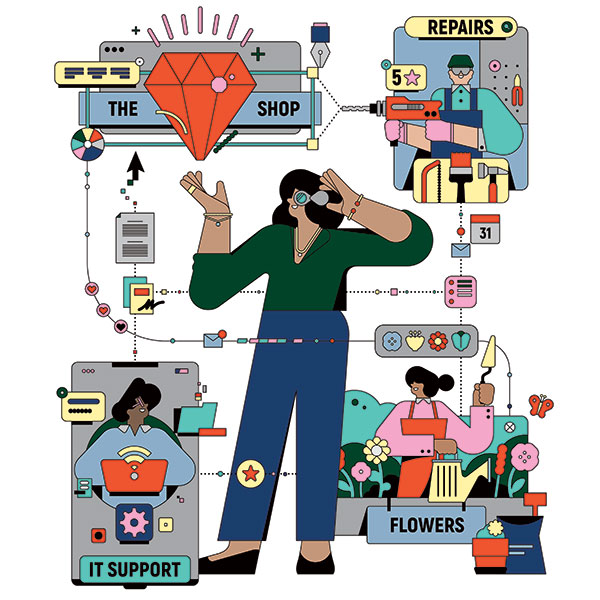 Give yourself a hand—literally. here’s how jewelry retailers can tap into the booming gig economy. In preparing to move and rebrand his Naperville, Ill., jewelry store this year, Kevin Lydon leaned into the swelling so-called gig economy for a helping hand. Lydon, who changed the name of his 16-year-old jewelry store from The Diamond Gallery to The Diamond Studio, posted a call for a new logo and signage ideas on Crowdspring, an online marketplace for crowdsourced creative services. Within days, he received multiple submissions from more than a dozen designers around the world. “That’s just not something I could effectively get if I stayed local,” Lydon says. “I was able to throw this request out into the world and get a lot of interesting concepts back from people really on their game.” Reviewing his options, Lydon selected a designer based in Romania. For $300, she cr

This year’s bridal season is expected to be bigger than…

Sponsored Content: Dear Industry Friends, Colleagues and Members, When we…

Trusted partnerships deepen our commitment to gold and extend opportunities…