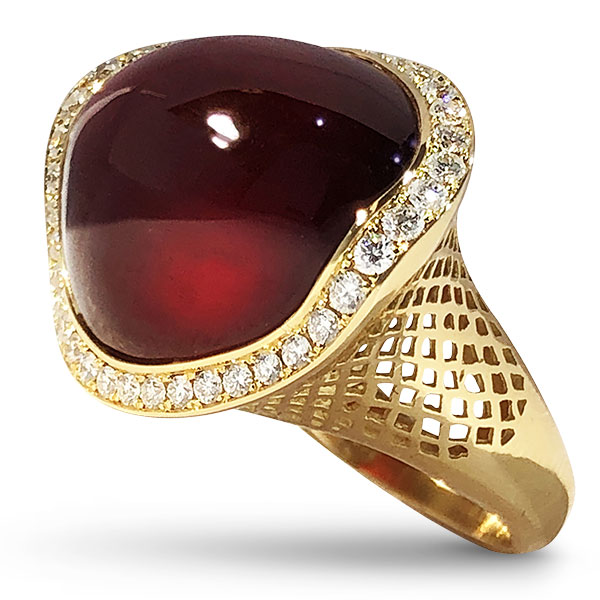 In mid-August, a slew of jewelry trade shows hit Manhattan

Jewelers have been flocking to New York City in late July and August for decades, for summer market week, when they stock up on styles destined to strike a chord with consumers over the coming holiday season.

The summer of 2019 brims with more events than ever. Consider the shows welcoming retailers to the city in mid-­August, including: Melee the Show, coming to the High Line Hotel Aug. 10–12; Metal & Smith, which runs Aug. 11–12 in midtown; and NY Now, a lifestyle and home goods fair that counts fashion jewelry labels such as Anzie and Bounkit as exhibitors and is co-locating with the JA New York Summer show at the Jacob Javits Convention Center Aug. 11–14.

For retailers seeking high design in a relaxed yet ­upscale environment, Melee the Show is the ticket. When ­California-based jewelers Lauren Wolf and Rebecca Overmann founded the event in August 2017, they were looking to create a ­business-to-business platform for the kind of handmade fine jewelry they and their contemporaries were creating.

The timing was strategic. “Our buyers want to see us in summer so they can get their orders in October and ­November,” Wolf says.

Adds Overmann: “It made sense to have one spot where fine jewelry was really concentrated in a fantastic environment.”

While they chose the High Line for its stylish ambience and convenient West Side location, they initially feared the ­grandeur of the space—the show takes place partly in the hotel’s 3,300-square-foot Refectory, known for its high ceilings and stained glass windows—would overshadow the jewelry.

But instead, exhibitors and attendees feel the space ­complements the pieces on sale. “It’s a beautiful setting,” says Melee exhibitor Ray Griffiths, who will be showing a range of garnet, opal, and multicolored sapphire styles at this summer’s event. “When people turn up, they have good food, nice coffee, nice salads at lunchtime—it’s not full of rules and regulations. And it’s a nice, friendly environment that doesn’t feel overly commercialized.”