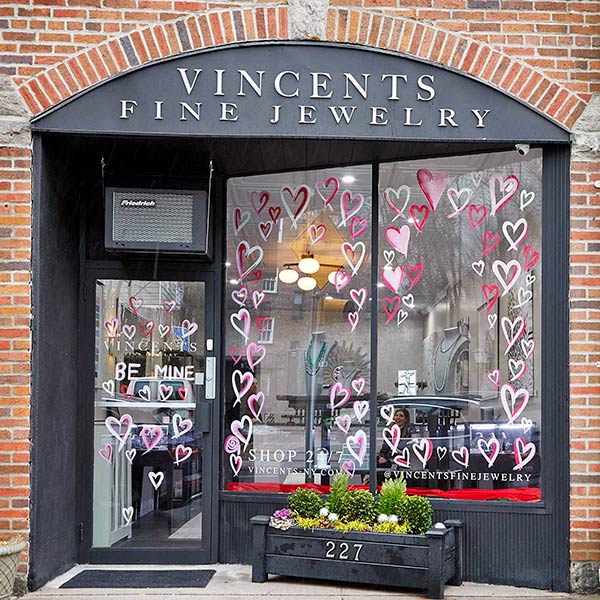 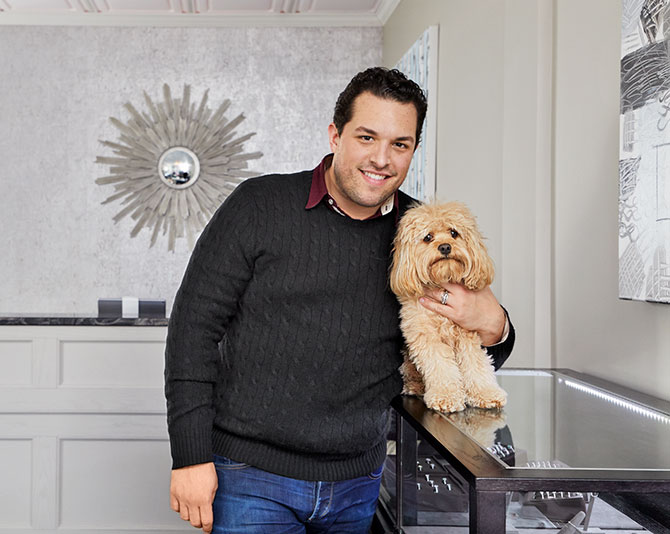 In the fall of 2016, Vincent Perugini was walking around SoHo in New York City when his cellphone rang. “What do you think of Pelham, New York?” asked his father, referring to the oldest town in Westchester County. Perugini, who hails from a long line of jewelers (including his great-grandfather, for whom he is named), was in a career quandary at the time. After stints at fashion brands including Max Mara and Fendi, not to mention years as a marketing director for a jewelry retailer, he didn’t know what he wanted to do next. His father, Thomas, who has been in fine jewelry manufacturing for 30 years, offered a suggestion: “I think we should think about opening a store there.” Less than a year later, in May 2017, Vincents—no apostrophe—Fine Jewelry opened its doors.

“There’s just such a great community here,” says Perugini, accompanied by his dog, Cooper (both pictured above), a Cavapoo who greets customers like long-lost friends. “There’s an old charm to the town. It’s got beautiful older homes. About 90 percent of people here are either Manhattanites or from Brooklyn. It really brings a diverse crowd through. They have an urban vibe. That’s what I really liked about it.” 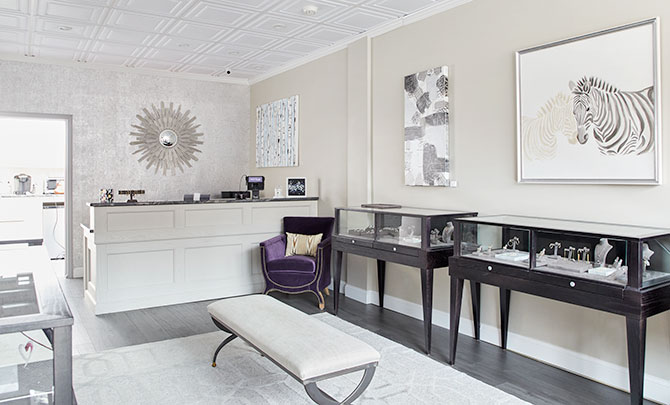 As for the decor, Perugini worked with a New York City interior designer to create what he calls “relaxed luxury”: “I wanted a space that makes people feel like you’re in my home,” he says. Gray hardwood floors, punctuated with a white rug and bench, have a calming effect, while a purple chaise brightens up the space just enough. The back wall is made of a cool textured metallic cork. Local artists have contributed several canvases to line the walls.

Perugini prides himself on working with designers who have a unique take on modern jewelry design. Vincents is the sole Westchester County jewelry stockist of Los Angeles–based Spinelli Kilcollin, known for its ­simplified yet masculine-meets-feminine styles. It also carries pieces from London-based Sweet Pea, whose whimsical, feminine designs start at under $350; Turkish ­designer Lika Behar, who expertly combines oxidized silver and high-karat gold; and Australian-born Ray Griffiths, ­renowned for his signature gold Crownwork motif. “I love establishing designer relationships,” Perugini says. “I love hearing their stories and passions and what drives them every day and what makes their collections unique.” 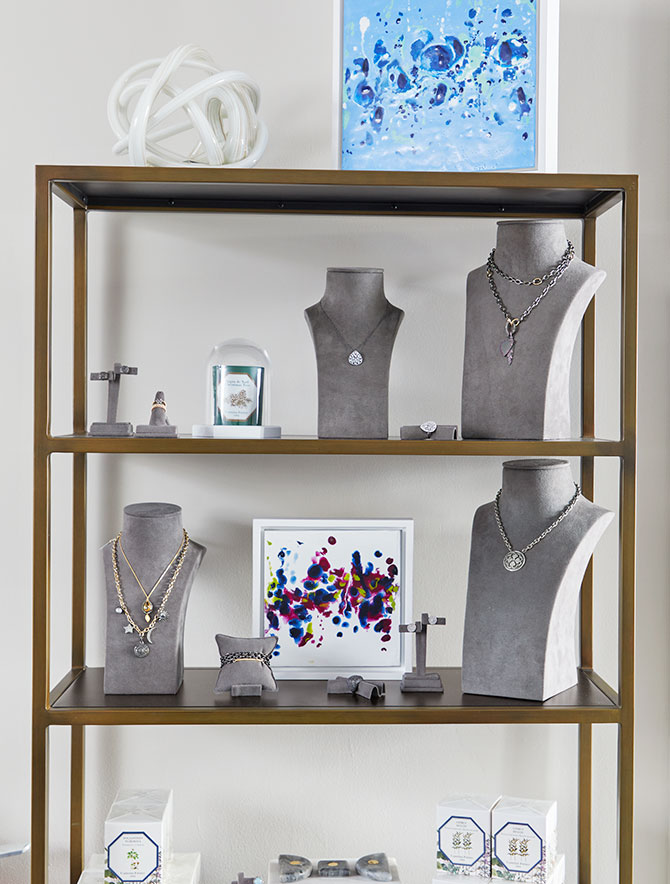 Perugini has no illusions about the precarious state of retail. So he also carries items such as candles and fine art by Nancy Landauer and Katy Garry, and this spring, he’ll be adding to his fashion jewelry selection, which currently includes Nathan & Moe and Lisbeth. The store also offers custom design, remounting, repairs, and watchmaking services—or, as Perugini puts it, #fullservice. This year, ­Perugini says he’ll turn his attention to beefing up his ­online sales. And he plans to hold focus groups to find out what his community wants in its local jewelry store. “I think retail is not dead yet,” he says. “Yes, you have to have an online concept and a [physical] storefront, but if you look at stores like Ylang 23 and Twist, they’re creating an experience.”